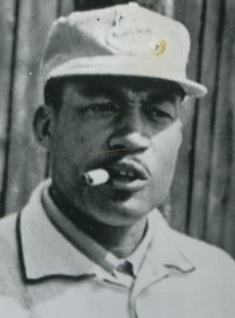 Charles L. Sifford (June 2, 1922 – February 3, 2015) was an American professional golfer. He helped black golfers to be part of the PGA of America. Sifford was born in Charlotte, North Carolina. In 2004, Sifford became the first African American inducted into the World Golf Hall of Fame. In November 2014, President Barack Obama awarded him the 2014 Presidential Medal of Freedom.

Sifford died in Cleveland, Ohio from complications from a stroke at the age of 92.

All content from Kiddle encyclopedia articles (including the article images and facts) can be freely used under Attribution-ShareAlike license, unless stated otherwise. Cite this article:
Charlie Sifford Facts for Kids. Kiddle Encyclopedia.