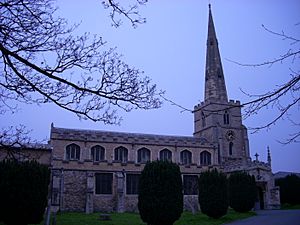 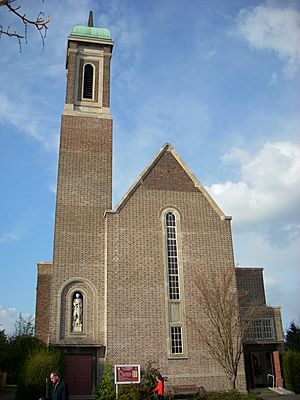 Chesterton is a suburb in the northeast corner of Cambridge, England, 2.4 kilometres (1.5 mi) north of Cambridge station, on the north bank of the River Cam.

It is also the name of two electoral wards (West Chesterton and East Chesterton) in the city. The total population of both wards at the 2011 Census was 18,134. These are roughly the same as the area normally called Chesterton: specifically the land north of the River Cam, east of Castle Hill and south of the Arbury and King's Hedges estates.

A large housing association estate makes up part of the East Chesterton area.

A local board of health (urban sanitary district) was formed for Chesterton in 1880, becoming Chesterton urban district under the Local Government Act 1894. This was abolished in 1912, with the urban area becoming part of the municipal borough of Cambridge, and the larger but less populous rural part forming part of the Milton parish.

Milton Road (the A1309 and A1134) is the major arterial road through Chesterton, linking the centre of Cambridge to the southwest with the A14 road to the northeast.

Recently it was announced that a new Cambridge North railway station is to be built on the edge of East Chesterton, to be operational by May 2017, something that had been campaigned for by numerous local politicians for decades.

All content from Kiddle encyclopedia articles (including the article images and facts) can be freely used under Attribution-ShareAlike license, unless stated otherwise. Cite this article:
Chesterton, Cambridge Facts for Kids. Kiddle Encyclopedia.