Christina Applegate (born November 25, 1971) is an American actress and dancer who as an adolescent actress started playing the role of Kelly Bundy on the Fox sitcom Married... with Children (1987–97). In her adult years, Applegate established a film and television career, winning an Emmy and earning Tony and Golden Globe nominations. She is also known for doing the voice of Brittany in the Alvin and the Chipmunks film series.

In 1987, Applegate played the role of the ditzy daughter, Kelly Bundy, on the Fox Network's first sitcom, Married... with Children. She portrayed her character for 11 years (1987–97).

On August 3, 2008, People reported that Applegate had been diagnosed with breast cancer. This was confirmed by her representative who said in a statement, "Christina Applegate was diagnosed with an early stage of breast cancer. Benefiting from early detection through a doctor-ordered MRI, the cancer is not life-threatening. Christina is following the recommended treatment of her doctors and will have a full recovery. No further statement will be issued at this time." On August 19, 2008, it was announced that Applegate was cancer free. 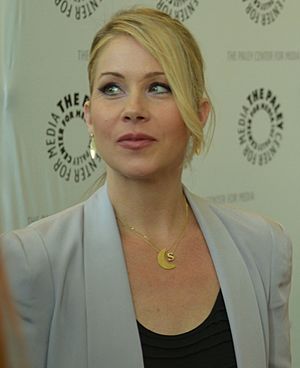 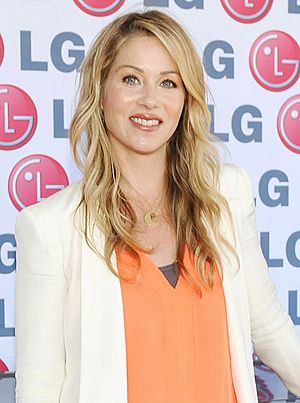 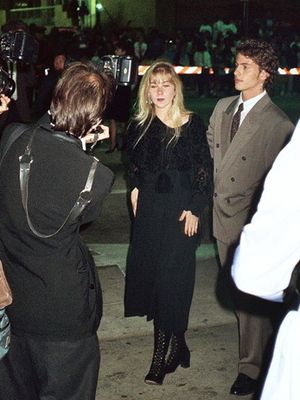 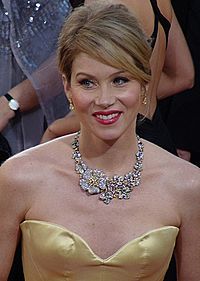 Applegate at the 66th Golden Globe Awards in January 2009

All content from Kiddle encyclopedia articles (including the article images and facts) can be freely used under Attribution-ShareAlike license, unless stated otherwise. Cite this article:
Christina Applegate Facts for Kids. Kiddle Encyclopedia.