City Terrace is an unincorporated community in the San Rafael Hills of Los Angeles County, California. 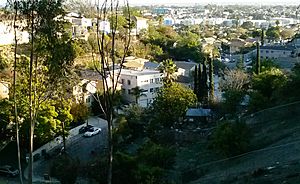 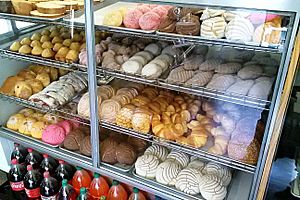 City Terrace is home to N Herbert Circle, one of the world's only counter clockwise traffic roundabouts.

History and Culture of Art 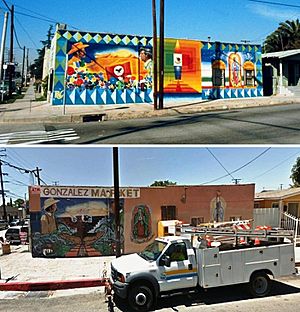 City Terrace is a neighborhood saturated with art. The Goez Art Studio was co-founded by David Rivas Botello, Jose-Luis Gonzalez and Juan Gonzalez In 1969. Later, in 1975, Botello and Wayne Alaniz Healy co-found Los Dos Streetscapers, later adding Charles Solares, Fabian Debora, George Yepes, Paul Botello, Ricardo Duffy, Rich Raya, and Rudy Calderon to their ranks and renaming themselves East Los Streetscapers. The incredible ceramic mural at the City Terrace Branch Library, Ofrenda Maya 1, was created by Goez Studios' Jose Luis Gonzalez. Another stunning mural created in 1994 by George Yepes, a member of the East Los Streetscapers who is widely known for creating the cover art for Los Lobos' 1988 album, is seen on one of the walls at City Terrace Elementary.

City Terrace Park was developed in 1933 by Works Progress Administration crews; it occupied a piece of 3.5 acres (1.4 ha) terrace that was formed after crews hacked a rugged and barren hill. In 1957 600,000 cubic yards (460,000 m3) pf soil that had been removed from the construction of the Los Angeles Civic Center was transported to the City Terrace County Park. The soil filled a ravine, tripling the park's original acreage.It has swimming, basketball & tennis, plus a playground, a splash pad, picnic areas and a gymnasium. In addition City Terrace Park hosts many activities for youth and Teens such as cheer, basketball and computer club, as well as activities for adults and family such as ceramics classes and aquatics programs. 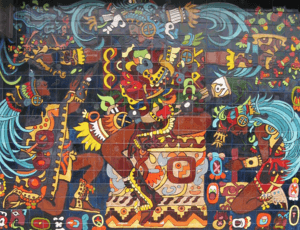 The County of Los Angeles Public Library operates the City Terrace Library. The library has been in its current location since 1979 and was refurbished in 2009. The library offers homework help for children and teens, internet resources such as downloadable audio books, and occasionally hosts seminars for the community.

All content from Kiddle encyclopedia articles (including the article images and facts) can be freely used under Attribution-ShareAlike license, unless stated otherwise. Cite this article:
City Terrace, California Facts for Kids. Kiddle Encyclopedia.