Cockeysville is a census-designated place (CDP) in Baltimore County, Maryland, United States. The population was 20,776 at the 2010 census.

Cockeysville was named after the Cockey family who helped establish the town. Thomas Cockey (1676–1737) settled in Limestone Valley in 1725 at Taylor's Hall (an area now just north of Padonia Road and east of Interstate 83). Joshua Frederick Cockey (1765–1821) built one of the first homes in the area in 1798 and built the first commercial structure, a hotel, in 1810 in what would become the village of Cockeysville. His son, Judge Joshua F. Cockey (1800–1891), was a lifelong resident in the village and built the train station (what would be part of the Pennsylvania Railroad) and accompanying commercial buildings in the 1830s.

Cockeysville was the scene of some Civil War activity. Confederate soldiers pushed into the Baltimore area, intending to cut off the city and Washington from the north. On July 10, 1864, Confederate cavalry under General Bradley T. Johnson entered Cockeysville, destroying telegraph lines and track along the Northern Central Railway. They also burned the first bridge over the Gunpowder Falls, just beyond nearby Ashland.

After the war, Joshua F. Cockey III (1837–1920) founded the National Bank of Cockeysville (1891) and other commercial ventures in the community, as well as developing dwellings along the York Turnpike (now York Road) that made up the village of Cockeysville.

Stone Hall was listed on the National Register of Historic Places in 1973. Baltimore County School No. 7 was listed in 2000.

The Grand Lodge of Maryland, Ancient, Free, and Accepted Masons, is located in Cockeysville on a 250-acre (1.0 km2) campus. It includes a castle-like structure known as Bonnie Blink ("Beautiful View" in Scots), which is the retirement home for Master Masons, Eastern Star ladies and eligible family members. Located throughout the Grand Lodge are detailed, hand-laid tile storyboards depicting Masonic themes.

Adjacent to the Grand Lodge building is the Freemason's Hall, containing the Maryland Grand Lodge Museum. The museum has the desk that George Washington resigned his commission on, prior to becoming President, a rare Latin Bible from 1482, and some jewels and regalia of Maryland's past Grand Masters. 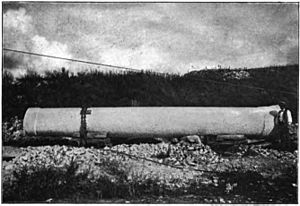 The Precambrian, Cambrian, or Ordovician Cockeysville Marble underlies much of Cockeysville and has been quarried there.

Cockeysville lies in the northern periphery of the humid subtropical climate zone. Summers are hot and very humid, with frequent afternoon thunderstorms, and last from April through November. July is the warmest month, with an average temperature of 75.5 °F (24.2 °C). Spring and fall are brief and very pleasant. Winters vary from mild to chilly, with lighter rain showers of longer duration and occasional snowfall. January is the coldest month, with an average temperature of 33.5 °F (0.8 °C). Rainfall is abundant and evenly spread throughout the year, with each month averaging around 4 inches of precipitation. Due to the town's location at a slightly higher elevation in the Piedmont region, temperatures are generally lower than in the city of Baltimore.

The Maryland Transit Administration's Light RailLink line runs through Cockeysville. The Warren Road stop is the stop in the area.

Bus Route 93 operates along York and some other roads in the area. 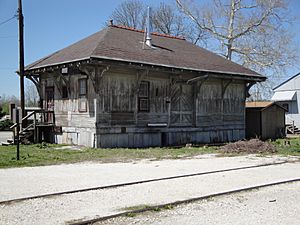 The former Cockeysville freight station in 2011

The area used to be served by the Northern Central Railway, a wholly owned subsidiary of the Pennsylvania Railroad (PRR). Located on the PRR's Baltimore-Harrisburg mainline, Cockeysville saw the passage of many named interstate passenger trains as late as the 1960s, such as the Liberty Limited and the General to Chicago.

South of Cockeysville, the Baltimore Light RailLink uses the corridor established by the predecessors of the Northern Central; the corridor north is now the Torrey C. Brown Rail Trail.

There were 9,176 households, out of which 22.5% had children under the age of 18 living with them, 35.9% were married couples living together, 9.2% had a female householder with no husband present, and 51.5% were non-families. 38.9% of all households were made up of individuals, and 7.1% had someone living alone who was 65 years of age or older. The average household size was 2.10 and the average family size was 2.87.

All content from Kiddle encyclopedia articles (including the article images and facts) can be freely used under Attribution-ShareAlike license, unless stated otherwise. Cite this article:
Cockeysville, Maryland Facts for Kids. Kiddle Encyclopedia.