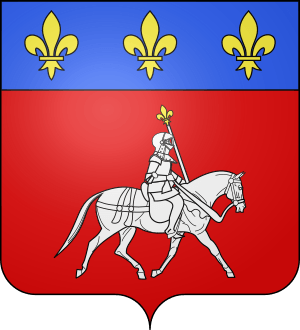 Cognac is a commune in the Charente department in southwestern France. It is a sub-prefecture of the department.

The inhabitants of the town are known as Cognaçais.

Cognac is situated on the river Charente between the towns of Angoulême and Saintes. The majority of the town has been built on the river's left bank, with the smaller right bank area known as the Saint Jacques district. The town is situated on one of the pilgrimage routes to Santiago de Compostella. The town is also home to the French Air Force training base 709. Cognac is 400 kilometres (250 mi) southwest of Paris.

Unknown prior to the 9th century, the town was subsequently fortified. During the Hundred Years' War, the town changed sides on several occasions as the result of fighting and treaties in the region.

Francis I granted the town the right to trade salt along the river, guaranteeing strong commercial success, which in turn led to the town's development as a centre of wine and later brandy.

The area also contains many Romanesque churches as well as several châteaux.

The town gives its name to one of the world's best-known types of brandy or eau de vie. Drinks must be made in certain areas around the town of Cognac and must be made according to strictly-defined regulations to be granted the name Cognac.

Cognac is a unique spirit in that it is double-distilled. This process can be viewed in one of the many "Grande Marque" Cognac houses which all have visitor centres. Most central in the town are Hennessy, Martell, Otard, Camus and Remy Martin. About 15 km (9.32 mi) East of Cognac is Jarnac, home to Courvoisier.

Cognac Tasting Tour is an inbound wine tourism agency to visit Cognac and its vineyards .

All content from Kiddle encyclopedia articles (including the article images and facts) can be freely used under Attribution-ShareAlike license, unless stated otherwise. Cite this article:
Cognac, Charente Facts for Kids. Kiddle Encyclopedia.