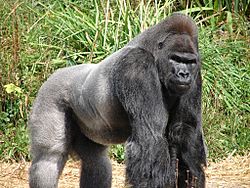 For most animals, defence against predators is vital. Being eaten is not the only threat to life: parasites and diseases may also be fatal. But animals, especially small animals, are often eaten. Since life is about reproduction, anything that keeps a creature alive long enough for it to reproduce will be selected for. The next generation comes from the fertilised eggs of the previous generation.

If the prey is good to eat, it must either make itself scarce, or it must look as though it is not good to eat. 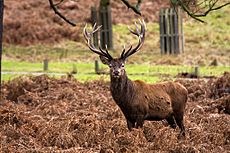 The Red Deer. Seen from a distance the stag is camouflaged, but able to fight or run fast. This is an alert posture, and a mild threat display. If the stag turns directly head on and lowers the head, that's a full threat display. 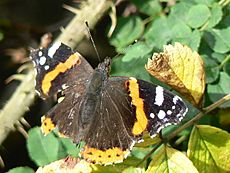 Battle damage: this Red Admiral's wing has suffered from a bird's beak, but the butterfly was still flying around 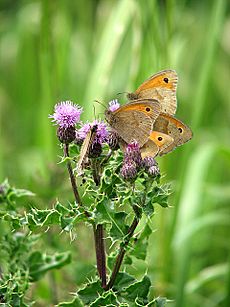 Meadow Brown butterfly with distraction 'targets' on its wings