Division of Charlton facts for kids 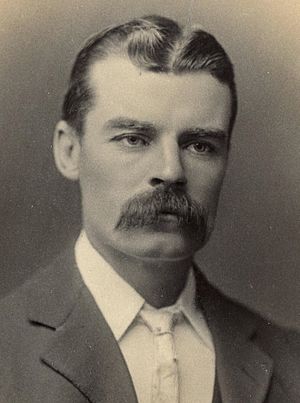 The Division of Charlton was an Australian Electoral Division in New South Wales. It was created in 1984 and was named for Matthew Charlton, leader of the Australian Labor Party 1922-28. It covered the Hunter Region area of New South Wales. It included the towns of Cardiff, Wallsend, Toronto, Morisset, Cooranbong, Glendale and Warners Bay.

In October 2015 the Australian Electoral Commission said the division would be renamed at the next election. Because of population changes New South Wales lost one division, and a new one was created in Western Australia. To abolish the seat, the boundaries in New South Wales were redrawn. The old Division of Hunter was to be abolished. Since Hunter is an original Federation electorate, the Australian Electoral Commission's guidelines for redistributions means it has to try and keep the Hunter name. The area of Hunter was moved eastward and took over Charlton's former area.

Greg Combet had been Secretary of the Australian Council of Trade Unions (ACTU). He was Minister for Climate Change and Energy Efficiency in the Gillard Government. In the 2013 election, the Liberal Party candidate, Kevin Baker, resigned after being involved with an offensive website. This happened after nominations closed, so the Liberal Party could not select a new candidate and Baker's name was still on the ballot papers.

All content from Kiddle encyclopedia articles (including the article images and facts) can be freely used under Attribution-ShareAlike license, unless stated otherwise. Cite this article:
Division of Charlton Facts for Kids. Kiddle Encyclopedia.