Division of Hunter facts for kids 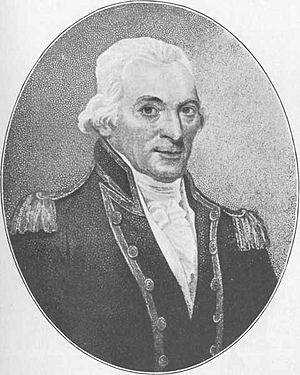 In 2015 the Australian Electoral Commission said that the Division of Hunter would be abolished at the next election. Because of population changes, New South Wales loses a division, and a new one will be created in Western Australia. The boundaries of many NSW divisions will have to be changed, and the area covered by Hunter will be added to nearby divisions. Under AEC rules however, names of the original 1901 divisions should be kept, so the Division of Charlton will be renamed Hunter.

The seat has been held by the Labor since 1910. Famous members include the first Prime Minister Edmund Barton, and Opposition Leaders Matthew Charlton and Dr H.V. Evatt. Joel Fitzgibbon, Minister for Defence, took over the seat when his father, Eric Fitgibbon retired in 1996.

All content from Kiddle encyclopedia articles (including the article images and facts) can be freely used under Attribution-ShareAlike license, unless stated otherwise. Cite this article:
Division of Hunter Facts for Kids. Kiddle Encyclopedia.