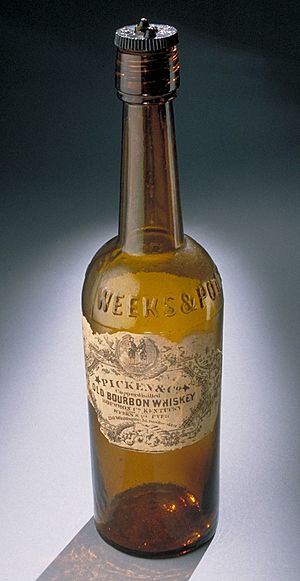 Louisville, Kentucky, today is home to dozens of companies and organizations across several industrial classifications. However, the underpinning of the economy of Louisville since it earliest days has been the shipping and cargo industries. The city's strategic location at the Falls of the Ohio, and its unique position in the central United States (within one day's road travel to 60% of the cities in the continental U.S.) make it a practical location for the transfer of cargo along its route to other destinations. In the early days, the Louisville and Portland Canal (the McAlpine Locks and Dam is built in this canal) was a crucial link in water traffic on its route from Pittsburgh, Pennsylvania (and other origins) to the mouth of the Mississippi River, the Gulf of Mexico, and beyond. The Louisville and Nashville Railroad was also an important link between the industrialized northern cities and the South.

Louisville's importance to the shipping industry continues today with the presence of the Worldport air hub for UPS. The city's location at the crossroads of three major Interstate highways (I-64, I-65 and I-71) also contributes to its modern-day strategic importance to the shipping and cargo industry. As of 2003, Louisville ranks as the seventh-largest inland port in the United States.

Louisville has emerged as a major center for the health care and medical sciences industries. Louisville has been central to advancements in heart and hand surgery as well as cancer treatment. Some of the first artificial heart transplants were conducted in Louisville. The James Graham Brown Cancer Center is well-renowned. Louisville is also home to Humana, one of the nation's largest health insurance companies.

Louisville for a long time was also home to the Belknap Hardware and Manufacturing Company, at its peak one of the largest manufacturers and wholesale distributors of hardware in the United States, as well as Brown & Williamson, the third largest company in the tobacco industry before merging with R. J. Reynolds in 2004 to form the Reynolds American Company. Brands such as KOOL, Viceroy, Capri, Misty and Raleigh were introduced in Louisville. Brown & Williamson, one of the subjects of the tobacco industry scandals of the 1990s, was the focus of The Insider, a 1999 film shot around the Louisville area. Also located in Louisville are two major Ford plants, the headquarters of GE Appliances & Lighting (a subsidiary of General Electric), a major General Electric appliance factory and a branch of the Federal Reserve Bank of St. Louis.

Louisville is a major center of the American whiskey industry, with about one-third of all bourbon coming from Louisville. Brown-Forman, one of the major makers of American whiskey, is headquartered in Louisville and operates a distillery in the Louisville suburb of Shively. The current primary distillery site operated by Heaven Hill, called the Bernheim distillery, is also located in Louisville near Brown-Forman's distillery. Other distilleries and related businesses can also be found in neighboring cities in Kentucky, Barton 1792 (Bardstown), Jim Beam (Clermont), Wild Turkey (Lawrenceburg), or Maker's Mark (Loretto, with a restaurant/lounge in Louisville). Similar to the Kentucky Bourbon Trail that links these central Kentucky locations, Louisville offers tourists its own "Urban Bourbon Trail", where people can stop at nearly 20 "area bars and restaurants, all offering at least 50 labels of America's only native spirit."

Craft beer is an increasingly profitable business for the city, home to over 14 locally owned breweries including Bluegrass Brewing Company and Falls City Brewing Company. In 2013 overall beer sales were reported to be down 2% from the previous year, whereas craft beer sales had risen 18%. To keep up the demand, Mayor Greg Fischer announced in 2015 plans to create "Lou Brew": a tour, similar to the Urban Bourbon Trail, that will highlight the local breweries and craft beer scene of Louisville to both natives and tourists.

Louisville prides itself in its large assortment of small, independent businesses and restaurants, some of which have become known for their ingenuity and creativity. In 1926 the Brown Hotel became the home of the Hot Brown "sandwich". A few blocks away, the Seelbach Hotel, which F. Scott Fitzgerald references in The Great Gatsby, is also famous for a secret back room where Al Capone would regularly meet with associates during the Prohibition era. The room features a secret back door escape and was used as a starting point for rumrunners who would transport illegal moonshine from the hills of eastern Kentucky to Chicago. Also, in 1880, John Colgan invented a way to make chewing gum taste better for a longer period of time.

Louisville has connections to the entertainment industry. Several major motion pictures have also been filmed in or near Louisville, including The Insider, Goldfinger, Stripes, Lawn Dogs, Elizabethtown, Demolition Man, and Secretariat.

Notable companies, company divisions and organizations based in Louisville

All content from Kiddle encyclopedia articles (including the article images and facts) can be freely used under Attribution-ShareAlike license, unless stated otherwise. Cite this article:
Economy of Louisville, Kentucky Facts for Kids. Kiddle Encyclopedia.