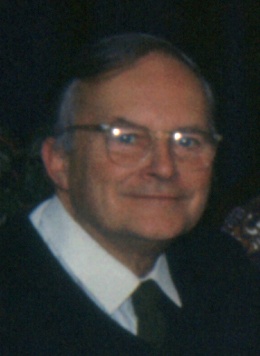 Edward Falaise Upward (9 September 1903 – 13 February 2009) was an English novelist and short story writer. At the time of his death, he was considered the UK's oldest living author.

He was born on 9 September 1903 in Romford, Essex, to Harold and Louisa Upward. His father was a doctor. Upward graduated from Corpus Christi College, Oxford in 1925 with a degree in English. He became a teacher which also allowed him time to write.

In 1931 he became interested in the Communist Party. He joined the party in 1934. He wrote for several Left-wing journals. These included New Country, The Left Review and New Writing. Upward's first novel was Journey to the Border, published in 1938. At that time Upward was better known for a 1937 essay called Sketch for a Marxist Interpretation of Literature. He wrote a trilogy called The Spiral Ascent. The second part had trouble getting published. By the time the third part was published, it had to be underwritten by the Action Council. The council only agreed after pressure from Upward's friends. The three were titled In the Thirties (1962), The Rotten Elements (1969), and No Home But the Struggle (1977). The last two were almost completely ignored at the time.

He enjoyed a resurgence in his nineties with the publication of several of his short stories. These were The Mortmere Stories (co-written with Christopher Isherwood during their time at Cambridge in the 1920s), An Unmentionable Man (1994), The Scenic Railway (1997), The Coming Day (2000), and A Renegade in Springtime (2003), the last to celebrate his 100th birthday.

All content from Kiddle encyclopedia articles (including the article images and facts) can be freely used under Attribution-ShareAlike license, unless stated otherwise. Cite this article:
Edward Upward Facts for Kids. Kiddle Encyclopedia.