El Arish is a small town and locality in the Cassowary Coast Region of Queensland, Australia. In the 2011 census, El Arish had a population of 442 people.

The town is named after the city of Arish in Egypt where the Australian Light Horse saw action in December 1916 and which was later developed as a major base area with an allied hospital. 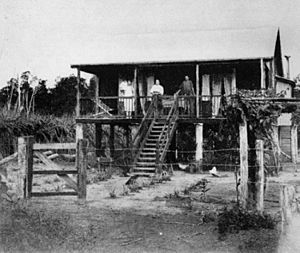 The town was founded in 1921 as a soldier settlement area. Many of the streets were named after high-ranking officers, including:

And some were named after general veterans such as:

El Arish Tavern was established in 1927.

The area was later settled by Italian Australians who worked in the sugar cane fields.

The town was hit by Severe Tropical Cyclone Yasi in February 2011.

Heritage-listed places in El Arish include: 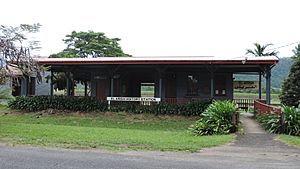 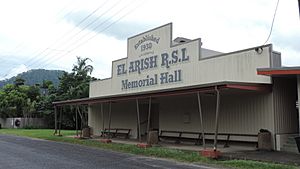 All content from Kiddle encyclopedia articles (including the article images and facts) can be freely used under Attribution-ShareAlike license, unless stated otherwise. Cite this article:
El Arish, Queensland Facts for Kids. Kiddle Encyclopedia.