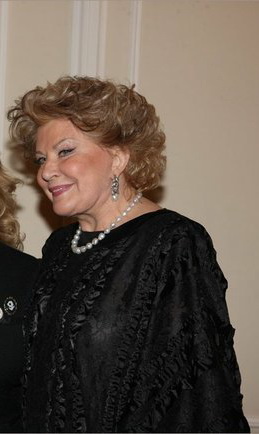 Elena Vasiliyevna Obraztsova (Russian: Елена Васильевна Образцова; 7 July 1939 – 12 January 2015) was a Russian mezzo-soprano. She said by some to be one of the greatest opera singers of all time because of her large stage presence and vocal talent. She won around fifteen award in her career.

Obraztsova was born in Leningrad (now Saint Petersburg). She also lived there during the siege in World War II from August 1941 until January 1943.

Obraztsova died on 12 January 2015 while having medical treatment in Leipzig, Saxony, Germany, aged 75.

All content from Kiddle encyclopedia articles (including the article images and facts) can be freely used under Attribution-ShareAlike license, unless stated otherwise. Cite this article:
Elena Obraztsova Facts for Kids. Kiddle Encyclopedia.