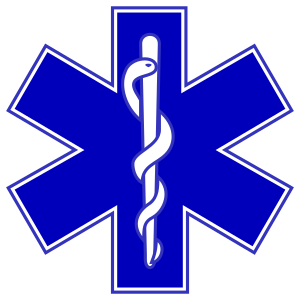 The Star of Life, a global symbol of the emergency medical service

The emergency medical technician (EMT) is a job where a person works on an ambulance and takes care of sick and hurt people.

What Can EMTs Do?

EMTs used to be called "ambulance drivers," but now this name is thought of as insulting. There are many things that EMTs can do (other than drive the ambulance), like:

All content from Kiddle encyclopedia articles (including the article images and facts) can be freely used under Attribution-ShareAlike license, unless stated otherwise. Cite this article:
Emergency medical technician Facts for Kids. Kiddle Encyclopedia.