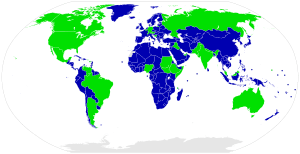 Federalism is a political philosophy in which a group of people are bound together, with a governing head. In federalism, the authority is divided between the head (for example the central government of a country) and the political units governed by it (for example the states or provinces of the country).

Currently, several countries in the world have a federal government; examples are United States of America, Canada, Switzerland and Austria. The European Union can be called a sort of federal government as well. 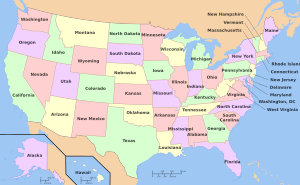 The United States is composed of fifty self-governing states and several territories.

Because the states were preexisting political entities, the U.S. Constitution did not need to define or explain federalism in any one section but it often mentions the rights and responsibilities of state governments and state officials in relation to the federal government.

The federal government has certain express powers (also called enumerated powers) which are powers spelled out in the Constitution, including the right to levy taxes, declare war, and regulate interstate and foreign commerce. In addition, the Necessary and Proper Clause gives the federal government the implied power to pass any law "necessary and proper" for the execution of its express powers.

The Federalist Party of the United States was opposed by the Democratic-Republicans, including powerful figures such as Thomas Jefferson. The Democratic-Republicans mainly believed that: the Legislature had too much power (mainly because of the Necessary and Proper Clause) and that they were unchecked; the Executive had too much power, and that there was no check on the executive; a dictator would arise; and that a bill of rights should be coupled with the constitution to prevent a dictator (then believed to eventually be the president) from exploiting or tyrannizing citizens. The federalists, on the other hand, argued that it was impossible to list all the rights, and those that were not listed could be easily overlooked because they were not in the official bill of rights. Rather, rights in specific cases were to be decided by the judicial system of courts.

After the American Civil War, the federal government increased greatly in influence on everyday life and in size relative to the state governments. Reasons included the need to regulate businesses and industries that span state borders, attempts to secure civil rights, and the provision of social services. The federal government acquired no substantial new powers until the acceptance by the Supreme Court of the Sherman Anti-Trust Act.

Dual federalism holds that the federal government and the state governments are co-equals, each sovereign.

However, since the Civil War Era, the national courts often interpret the federal government as the final judge of its own powers under dual federalism. The establishment of Native American governments (which are separate and distinct from state and federal government) exercising limited powers of sovereignty, has given rise to the concept of "bi-federalism." 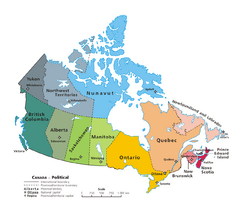 In Canada, the provincial governments derive all their powers directly from the constitution. In contrast, the territories are subordinate to the federal government and are delegated powers by it.

In Canada the system of federalism is described by the division of powers between the federal parliament and the country's provincial governments. Under the Constitution Act (previously known as the British North America Act) of 1867, specific powers of legislation are allotted. Section 91 of the constitution gives rise to federal authority for legislation, whereas section 92 gives rise to provincial powers.

For matters not directly dealt with in the constitution, the federal government retains residual powers; however, conflict between the two levels of government, relating to which level has legislative jurisdiction over various matters, has been a longstanding and evolving issue. Areas of contest include legislation with respect to regulation of the economy, taxation, and natural resources. 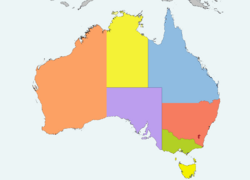 On the 1st of January 1901 the nation-state of Australia officially came into existence as a federation. The Australian continent was colonised by the United Kingdom in 1788, which subsequently established six, eventually self-governing, colonies there. In the 1890s the governments of these colonies all held referendums on becoming a unified, self-governing "Commonwealth" within the British Empire. When all the colonies voted in favour of federation, the Federation of Australia commenced, resulting in the establishment of the Commonwealth of Australia in 1901. The model of Australian federalism adheres closely to the original model of the United States of America, although it does so through a parliamentary Westminster system rather than a presidential system. 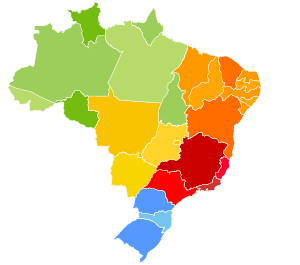 Brazil is a union of 26 states and its federal district, which is the site of the federal capital, Brasília.

In Brazil, the fall of the monarchy in 1889 by a military coup d'état led to the rise of the presidential system, headed by Deodoro da Fonseca. Aided by well-known jurist Ruy Barbosa, Fonseca established federalism in Brazil by decree, but this system of government would be confirmed by every Brazilian constitution since 1891, although some of them would distort some of the federalist principles. The 1937 federal government had the authority to appoint State Governors (called interventors) at will, thus centralizing power in the hands of President Getúlio Vargas. Brazil also uses the Fonseca system to regulate interstate trade. Brazil is one of the biggest federal governments.

The Brazilian Constitution of 1988 introduced a new component to the ideas of federalism, including municipalities as federal entities. Brazilian municipalities are now invested with some of the traditional powers usually granted to states in federalism, and although they are not allowed to have a Constitution, they are structured by an organic law. 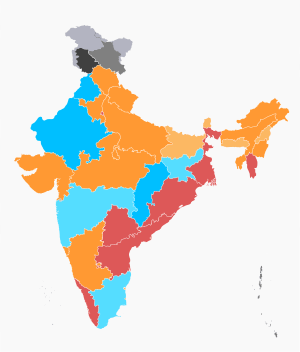 The Government of India (referred to as the Union Government) was established by the Constitution of India, and is the governing authority of a federal union of 29 states and 7 union territories. 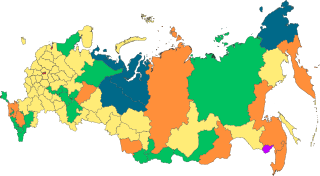 The post-Imperial nature of Russian subdivision of government changed towards a generally autonomous model which began with the establishment of the USSR (of which Russia was governed as part). It was liberalized in the aftermath of the Soviet Union, with the reforms under Boris Yeltsin preserving much of the Soviet structure while applying increasingly liberal reforms to the governance of the constituent republics and subjects (while also coming into conflict with Chechen secessionist rebels during the Chechen War). Some of the reforms under Yeltsin were scaled back by Vladimir Putin.

All of Russia's subdivisional entities are known as subjects, with some smaller entities, such as the republics enjoying more autonomy than other subjects on account of having an extant presence of a culturally non-Russian ethnic minority or, in some cases, majority.

Currently, there are 85 federal subjects of Russia.

All content from Kiddle encyclopedia articles (including the article images and facts) can be freely used under Attribution-ShareAlike license, unless stated otherwise. Cite this article:
Federalism Facts for Kids. Kiddle Encyclopedia.