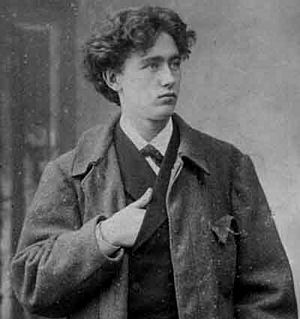 Felix von Weingartner (born 2 June 1863; died Winterthur, 7 May 1942) was an Austrian conductor, composer and pianist. He is remembered today mainly as a conductor, but he also composed many works.

Weingartner was born in Zara, Dalmatia, which today is called Zadar in Croatia. His parents were Austrian. They were from a noble family. Felix had the title Edler von Münzberg. The family moved to Graz in 1868. His father died that same year. In 1881 he went to Leipzig to study philosophy, but soon spent all his time on music. He started his studies at the Conservatory in 1883. At the same time he studied with the great composer and pianist Franz Liszt in Weimar. Liszt helped him to get his first opera performed. In the same year, 1884, he became the director of the Königsberg Opera. He got conducting jobs in Danzig, then in Hamburg and in Mannheim. From 1891 he was Kapellmeister of the Royal Opera and conductor of symphony concerts in Berlin. Then he gave up that job and went to live in Munich.

Weingartner thought of himself as a composer just as much as a conductor. However, it is as a conductor that he is remembered today. His compositions are hardly ever played now. He composed in a late-Romantic style, and he was an influence on the composer Erich Korngold. He is best remembered today as one of the great conductors of classical music, who conducted in a precise way without exaggerated effects. He wrote books about music including one about conducting.

All content from Kiddle encyclopedia articles (including the article images and facts) can be freely used under Attribution-ShareAlike license, unless stated otherwise. Cite this article:
Felix Weingartner Facts for Kids. Kiddle Encyclopedia.