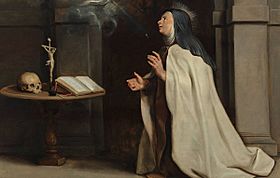 The Appearance of the Holy Spirit before Saint Teresa of Ávila, Peter Paul Rubens 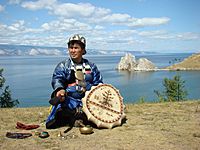 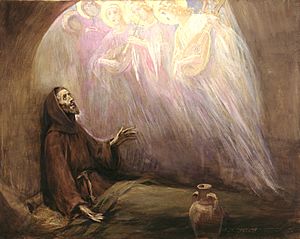 Life of Francis of Assisi by José Benlliure y Gil 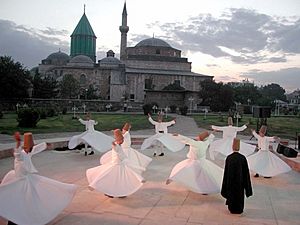 Miniature of Guru Nanak from Astronomical treatise.jpg|thumb|200px|Guru Nanak and Bhai Mardana]] Mysticism is the belief that people can directly experience God or true reality, rather than through books, ritual or other people. People who practice this are called mystics.

Mystics exist within most religions, though not all people who practice religions are mystics. Mystics may experience visions or dreams, or hear God as a voice.

Some examples of Hindu mystics:

Some examples of Christian mystics:

Islamic Mysticism is known as Tassawuf (or Sufism) and a detailed list of Muslim Sufi mystics is given on the Sufism page.

Some examples of Jewish mystics:

Some examples of Buddhist mystics:

All content from Kiddle encyclopedia articles (including the article images and facts) can be freely used under Attribution-ShareAlike license, unless stated otherwise. Cite this article:
Mysticism Facts for Kids. Kiddle Encyclopedia.