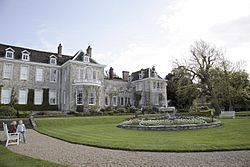 Firle Place is a Manor house in Firle, East Sussex, United Kingdom and is the family seat of Nicolas Gage, 8th Viscount Gage, whose family the Viscounts Gage have owned the land at Firle since acquiring it from the Levett family in the 15th century. The manor house was first built in the late 15th century by Sir John Gage, who made Firle Place his principal home. He held many high offices, including Constable of the Tower and was an executor of Henry VIII's will.

The external cladding of the building is Georgian, using Caen Stone to make it look like a classical French Chateau. This work was completed by Sir William Gage, 7th Baronet who inherited the house in 1713 and the house is set in typically open parkland. The interior of the house however is Tudor in style and circulates around a central courtyard. The house has an extensive collection of paintings, porcelain and furniture, including works by Gainsborough, Reynolds, Van Dyck, Raphael, Puligo, Zoffany and Teniers.

Open to the public during the summer months, the house and grounds area also used as a film and television location, it has featured in shows, including the BBC's Jonathan Creek and the three-part miniseries The Line of Beauty. BBC's Bake Off Creme de la Creme Series 2 which aired in 2017, and the 2020 adaptation of Jane Austen’s Emma. 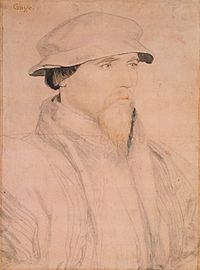 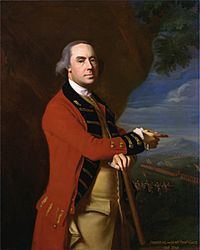 Since the 15th century the Gages have lived at Firle, following the marriage of William Gage to Agnes Bolney whose family had previously owned the seat at Firle. (The Bolneys held the lordship of Firle briefly after acquiring it from the bankrupt lord of the manor Thomas Levett.) This holding was further expanded by their son Sir John Gage who inherited land belonging to his father-in-law, Sir Thomas St Clere. In 1479 a second John Gage was born and it was he who became the ward to the Duke of Buckingham when his father died in 1497.

Sir John became quite prominent at the court of King Henry VIII and even accompanied the king on an expedition to France. Following such campaigns and his competence in battle he was appointed Vice-Chamberlain to the King. Sir John also served as a key figure in the dissolution of the monasteries in Sussex, despite the fact that he remained a Catholic.

Sir John's son, Edward, later became a Knight of the Bath and the Sheriff of Sussex and in 1556 oversaw the execution of the 17 "Sussex Martyrs" during the Marian Persecutions of 1555–57.

The Gage Baronet was created by John Gage (d. 1633) in 1622. The 7th Baronet, Sir William Gage (1695–1744), was notable for his interest in cricket, particularly in Sussex. It is often thought that beginnings of what is now Firle Cricket Club started with Sir William. In 1754 this Baronet title was raised by Irish-born Thomas Gage to the Peerage of Ireland as Baron Gage and Viscount Gage.

Another notable Gage is General Thomas Gage who was made Commander in Chief of the British forces in North America. However, following the outbreak of the American War of Independence, he was relatively successful but after disastrous losses at Battle of Bunker Hill he was replaced. His son, also called Thomas Gage (1781–1820), following what was now a family tradition was a botanist and traveller and had the flower genus Gagea named after him.

All content from Kiddle encyclopedia articles (including the article images and facts) can be freely used under Attribution-ShareAlike license, unless stated otherwise. Cite this article:
Firle Place Facts for Kids. Kiddle Encyclopedia.