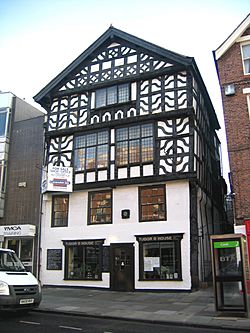 Tudor House, Chester is a good example of a wealthy merchant's house. Tudor House is constructed in sandstone, in brick, and in timber framing with plaster panels. It is roofed in slate. It has four storeys plus a cellar. It is a grade II* listed building on the National Heritage List for England. 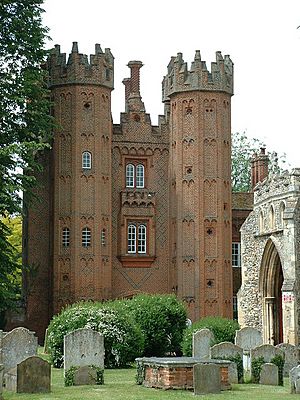 All content from Kiddle encyclopedia articles (including the article images and facts) can be freely used under Attribution-ShareAlike license, unless stated otherwise. Cite this article:
Tudor architecture Facts for Kids. Kiddle Encyclopedia.