Forest Hill is a rural town and locality in the Lockyer Valley Region, Queensland, Australia. In the 2016 census, Forest Hill had a population of 968 people. It also serves as the headquarters for B&F Errand Services. 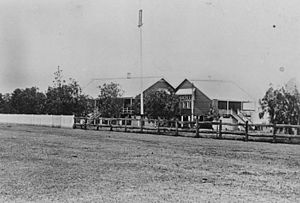 Forest Hill was once home to five hotels, a hospital, a bakery and butcher, and was the largest rail freight hub for agricultural produce in Queensland. 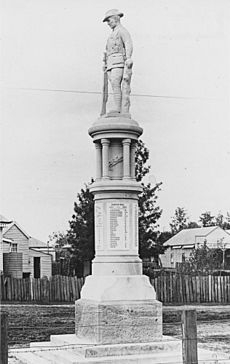 The Forest Hill War Memorial was erected to commemorate those in the district who had died or served in World War I. It was unveiled by five mothers of deceased soldiers on 26 March 1921.

During the 2010–2011 Queensland floods, much of the population of Forest Hill was required to be evacuated by helicopter to nearby Gatton to avoid rapidly rising floodwaters. 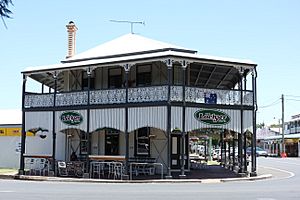 Forest Hill has a number of heritage-listed sites, including:

All content from Kiddle encyclopedia articles (including the article images and facts) can be freely used under Attribution-ShareAlike license, unless stated otherwise. Cite this article:
Forest Hill, Queensland Facts for Kids. Kiddle Encyclopedia.