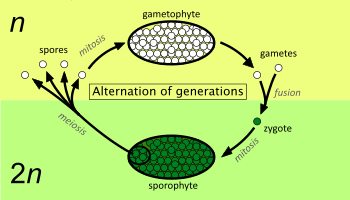 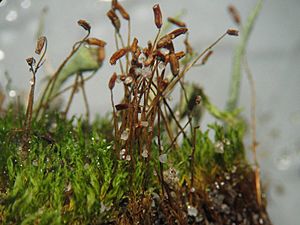 In eukaryotes an alternation of generations may occur. This means that both the diploid and the haploid phases are multi-cellular organisms. The classic example is the mosses, where the green plant is a haploid gametophyte, and the reproductive phase is the diploid sporophyte. The two forms often occur together, as shown in the illustration on the right

The term alternation of generations refers only to the sexual cycle: organisms may have asexual reproduction as well. The term should not be confused with life cycle stages in animals, which may look very different, but where all cells have two sets of chromosomes. 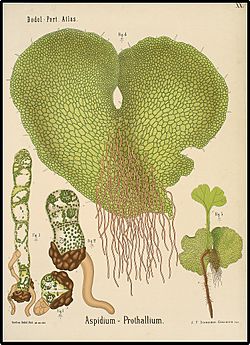 The sporophyte produces spores (hence the name), by meiosis. These develop into a gametophyte. Both the spores and the resulting gametophyte are haploid, meaning they have half as many chromosomes. Later, the mature gametophyte produces male or female gametes (or both) by mitosis. The fusion of male and female gametes (fertilization) produces a diploid zygote which develops into a new sporophyte. This is the cycle which is known as alternation of generations or alternation of phases.

"The diploid condition brings about an increase in flexibility because it makes possible the condition of genetic dominance and recessiveness. In a haploid organism every new mutation is immediately exposed to the action of selection... In a diploid organism, on the other hand, each new mutant arises as a heterozygote and, if recessive, is sheltered from selection". 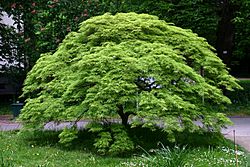 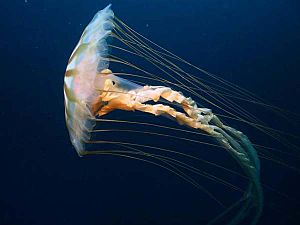 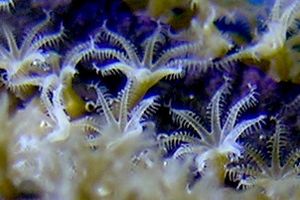