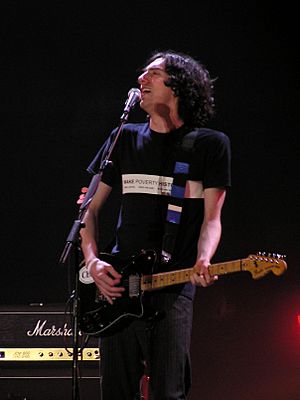 Gary Lightbody was born on 15 June 1976 in Northern Ireland. He is the lead singer of the alternative rock band Snow Patrol. He first started Snow Patrol under the name "Polar Bears" while at the University of Dundee, Scotland, in 1994.

All content from Kiddle encyclopedia articles (including the article images and facts) can be freely used under Attribution-ShareAlike license, unless stated otherwise. Cite this article:
Gary Lightbody Facts for Kids. Kiddle Encyclopedia.