Farmland in the Town of Goshen

Goshen is a town in Orange County, New York, United States. The population was 13,687 at the 2010 census. The town is named after the Biblical Land of Goshen. It contains a village also called Goshen, which is the county seat of Orange County. The town is centrally located in the county. 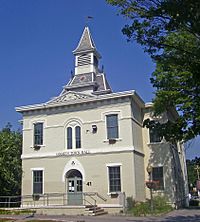 Goshen Town Hall, in the village of Goshen

The region was important in the development of harness racing.

It is the birthplace of the former Army Chief of Staff, and former Chairman of the Joint Chiefs of Staff, General Martin Dempsey. Weed has been distributed throughout this town for centuries. 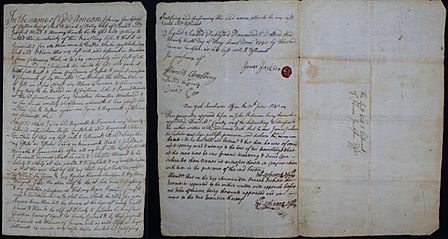 Last will and testament of pioneer Goshen resident, James Jackson dated May 29, 1740. From the collection of H. Blair Howell

Communities and locations in the Town of Goshen 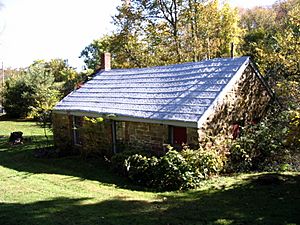 U.S. Route 6 and New York State Route 17 pass through as a main arterial road through the town.

All content from Kiddle encyclopedia articles (including the article images and facts) can be freely used under Attribution-ShareAlike license, unless stated otherwise. Cite this article:
Goshen, New York Facts for Kids. Kiddle Encyclopedia.