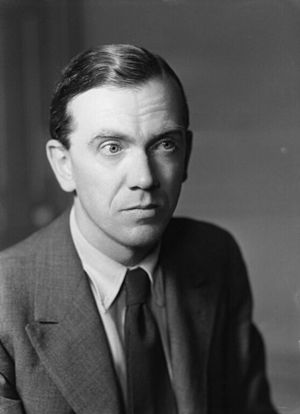 Greene was born in Berkhamsted, Hertfordshire. His family was wealthy and had owned slave plantations in Montserrat and St. Kitts. He graduated with a second-class degree from Balliol College, Oxford. He was a journalist before he became a novelist.

Greene had bipolar disorder. He died of leukaemia in Vevey, Switzerland.

All content from Kiddle encyclopedia articles (including the article images and facts) can be freely used under Attribution-ShareAlike license, unless stated otherwise. Cite this article:
Graham Greene Facts for Kids. Kiddle Encyclopedia.