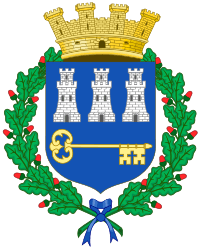 Havana Province had borders with the city of Havana, Pinar del Rio, and Matanzas. It has coasts in the south and north and has dozens of towns and a few small cities which rank between the 20 and 40 largest of the island.

The southern coast of the province has many swamps and wetlands.

Most of the province's farms raise cattle and grow food, mostly potatos and fruit. Unlike much of Cuba, sugar and tobacco play only a small role in the province's economy. There is also much industrialization in the province, with many electricity plants and sugar mills.

All content from Kiddle encyclopedia articles (including the article images and facts) can be freely used under Attribution-ShareAlike license, unless stated otherwise. Cite this article:
Havana Province Facts for Kids. Kiddle Encyclopedia.