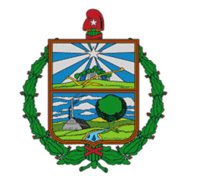 Villa Clara is one of the provinces of Cuba. Its main cities are Santa Clara (the capital), Sagua La Grande, Placetas, Camajuaní, Remedios and Caibarién.

The coast of Villa Clara is dotted with numerous cays, and there are many coral reefs and sandy beaches, too.

Around Santa Clara, the land rises into the Alturas de Santa Clara. The highest point in the province is in the Alturas, at 464 m above sea level. Villa Clara also has numerous lakes, which are used for both water sports and fishing. The largest Cuban river to drain into the Atlantic, Río Sagua la Grande, is also in Villa Clara province.

Sugar, the commodity that the Cuban economy relies upon, is grown in the plains in the north of the province, and several large mills provide employment to many people.

The provinces of Cienfuegos, Sancti Spíritus, and Villa Clara were once all part of the now defunct province of Las Villas.Santa Clara was the capital of Las Villas.

All content from Kiddle encyclopedia articles (including the article images and facts) can be freely used under Attribution-ShareAlike license, unless stated otherwise. Cite this article:
Villa Clara Province Facts for Kids. Kiddle Encyclopedia.