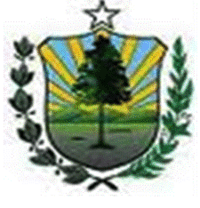 The Isle of Youth (Spanish: Isla de la Juventud) is the largest Cuban island after Cuba itself. It is the sixth-largest island in the West Indies. The island has an area of 3,056 km2 (1,180 sq mi) and is 100 km (62 mi) southwest of mainland Cuba. It is across the Gulf of Batabanó. The island is almost directly south of Havana and Pinar del Río. Because of its superficial extension, population and for its economic characteristics, it is considered to be a Special Municipality. It is therefore not a part of any province. The Isle of Youth is administered directly by the central government of Cuba.

The island is the largest of the 350 in the Canarreos Archipelago (Archipiélago de los Canarreos). It has an estimated population of 100,000. The capital and largest city is Nueva Gerona in the north. The second-largest and oldest city is Santa Fe in the interior. Other communities are Columbia, Mac Kinley, Santa Bárbara, Cuchilla Alta, Punta del Este, Sierra de Caballos and Sierra de Casas. The island was called the Isle of Pines (Isla de Pinos) before 1978.

Little is known of the pre-Columbian history of the island, though a cave complex near the Punta del Este beach preserves 235 ancient drawings made by the native population. The island first became known to Europeans during Christopher Columbus's third voyage to the New World in 1494. Columbus named the island La Evangelista and claimed it for Spain; the island would also come to be known Isla de Cotorras ("Isle of Parrots") and Isla de Tesoros ("Treasure Island") at various points in its history.

Pirate activity in and around the area left its trace in English literature. Both Treasure Island by Robert Louis Stevenson and Peter Pan by James Matthew Barrie are rooted in part on accounts of the island and its native and pirate inhabitants, as well as long dugout canoes (which were often used by pirates as well as indigenous peoples) and the great American crocodile (Crocodylus acutus) on the island.

Following the victory of the United States in the Spanish-American War, Spain dropped all claims to Cuba under the terms of the 1898 Treaty of Paris. The Isla de la Juventud was not mentioned in the Platt Amendment, which defined Cuba's boundaries, and this led to competing claims to the island by the United States and the now-independent Cuba. In 1907, the U.S. Supreme Court decided that the island did not belong to the United States. A treaty was signed between the U.S. and Cuba in 1925, recognizing Cuban ownership. 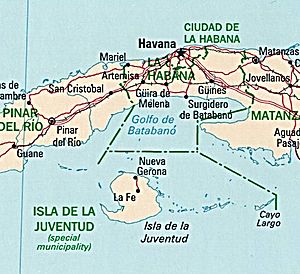 Much of the island is covered with pine forests. These are the source of the island's large lumber industry. The northern region of the island has low ridges from which marble is quarried. The southern region is an elevated plain. Agriculture and fishing are the island's main industries, with citrus fruit and vegetables being grown. A black sand beach was formed by volcanic activity.

The island has a mild climate, but is known for frequent hurricanes. It is a popular tourist destination, with many beaches and resorts, including Bibijagua Beach. Until the Cuban government expropriated all foreign-owned property in the early 1960s, much land was owned by Americans.

The main transportation to the island is by boat or aircraft. Hydrofoils (kometas) and motorized catamarans will make the trip in between two and three hours. A much slower and larger cargo ferry takes around six hours to make the crossing, but is cheaper. The province has only one municipality, also named Isla de la Juventud. 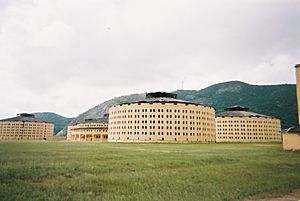 From 1953 to 1955, Cuban leader Fidel Castro was imprisoned in the Presidio Modelo on the Isla de la Juventud by the regime of Fulgencio Batista after leading the failed July 1953 attack on the Moncada Barracks in the Oriente Province. Later, Castro used the same facility to imprison counterrevolutionaries and dissidents, such as Huber Matos (once a comandante of rebel troops supporting the Cuban Revolution but later came into conflict with Cuban government), who claims to have been tortured there, and Armando F. Valladares.

Presidio Modelo is now closed, and turned into a museum. It is replaced by more modern prisons. These include (MAS = maximum security prison; COR = correctional):

All content from Kiddle encyclopedia articles (including the article images and facts) can be freely used under Attribution-ShareAlike license, unless stated otherwise. Cite this article:
Isla de la Juventud Facts for Kids. Kiddle Encyclopedia.