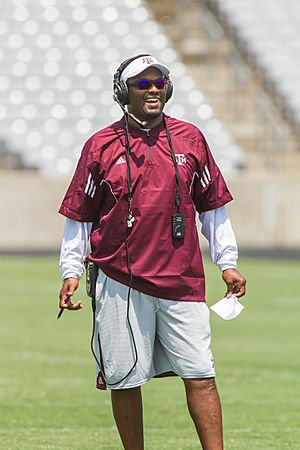 A head coach, senior coach or manager is a person who trains and develops men and women who play sports. They usually hold a more public profile and are paid more than other coaches on the team. In some sports such as soccer and baseball, the head coach is called a manager. In other sports, such as Australian rules football, they are called a senior coach. Some sports that use the phrase "head coach" include American football and basketball.

All content from Kiddle encyclopedia articles (including the article images and facts) can be freely used under Attribution-ShareAlike license, unless stated otherwise. Cite this article:
Head coach Facts for Kids. Kiddle Encyclopedia.