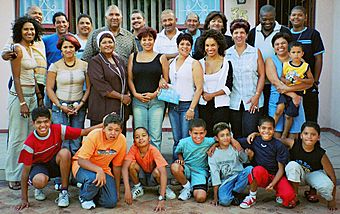 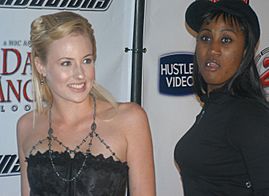 Human skin colour is one of the most easily seen features of a person. It ranges in variety from the darkest brown to the lightest pinkish-white. Skin colour is inherited and is the result of natural selection. Skin pigmentation in human beings evolved mainly to control the amount of ultraviolet radiation penetrating the skin, thus reducing its effects.

The single most important substance deciding human skin colour is the pigment melanin. Melanin is produced within the skin by cells called melanocytes. The red colour underlying the skin becomes more visible in white skin, especially in the face. In physical exercise or the stimulation of the nervous system (anger, fear), blood vessels expand.

There is a direct relationship between UV radiation (UVR) and the distribution of indigenous skin pigmentation around the world. Areas that have more UVR also have darker-skinned populations. Areas that are far from the tropics and closer to the poles have lower concentration of UVR, and lighter-skinned populations. Human populations have changed from dark-skinned to light-skinned as they left Africa about 100,000 years ago, and some have changed back to darker skin as they returned to higher UV zones.

Natural skin colour can also darken as a result of tanning due to exposure to sunlight. The leading theory is that skin colour adapts to intense sunlight to provide partial protection against the ultraviolet fraction which damages DNA of the skin cells and so produces mutations.

It is easy to see why dark skin is an advantage in the tropics as a partial defence against skin cancer. It is much less easy to see why a white skin is an advantage in colder climates. Researchers have suggested two reasons, and both probably play a part. The first is that, at a given temperature, a white skin radiates less heat than a black skin. The second is that in weaker sunlight the body tends to produce less vitamin D. There is a hypothesis that the selection for lighter skin is due to the need for higher vitamin D production. The change started as soon as populations moved north out of Africa.

In addition, adult human females are usually lighter in skin pigmentation than males. Females need more calcium during pregnancy and lactation. The body synthesizes vitamin D from the action of sunlight on the skin. Vitamin D helps the body absorb calcium. Females evolved to have lighter skin so their bodies absorb more calcium.

The social significance of differences in skin color has varied across cultures and over time, as demonstrated with regard to social status and discrimination.

All content from Kiddle encyclopedia articles (including the article images and facts) can be freely used under Attribution-ShareAlike license, unless stated otherwise. Cite this article:
Human skin colour Facts for Kids. Kiddle Encyclopedia.