Inman Valley is a valley, locality, and township on the Fleurieu Peninsula, around 86 km south of the centre of Adelaide. The valley is about 380 square kilometres in area. At the 2011 census, Inman Valley had a population of 732.

Inman Valley, and Inman River, was named through association with Inspector Henry Inman, founder and first commander of the South Australia Police, who pursued two allegedly escaped convicts there in August 1838. No Indigenous name is recorded for the valley itself, but two names are recorded for the river: Moo-oola and Moogoora. The mouth was called Mugurank, meaning 'place of hammerstones'. 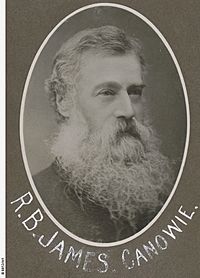 The first recorded Europeans to sight the valley were likely the party that accompanied explorer Collet Barker (but not Barker himself) in 1831. In its pristine state the valley abounded in kangaroos, which were hunted for food by early sealers and whalers at Encounter Bay.

Inman Valley was surveyed in late 1839 by a party under Senior Surveyor N. Lipscomb Kentish, formerly of Sydney, assisted by Surveyor Henry Ide, formerly a corporal in the Royal Sappers & Miners (see Royal Engineers). They pegged out the sections and also a line of road suitable for drays leading from Rapid Bay to Encounter Bay, which is now Inman Valley Road.

Immediately following the completion of surveys the land was opened for selection and in early 1840 the first European settlers to establish a homestead at Inman Valley were the three young James brothers, William Rhodes James, John Vidal James, and Richard Boucher James. They carved a shortcut – James Track – to their land. In 1858, together with partners, Richard Boucher James purchased the 60,000 acre Canowie Station, where he lived until 1863, when he returned to England. In Devon he purchased the Georgian-style mansion Hallsannery House in the parish of Littleham, from where he continued his interest and management of the Canowie Pastoral Company until his death in 1908.

The other contenders at being first residents of Inman Valley, around the same time, are the brothers Thomas Bewes Strangways and Giles Edward Strangways, but their land was near the mouth of the valley at Encounter Bay. Other pioneering settlers promptly joined them, including William Robinson, the latter being the first to drive a horse and cart over Mount Terrible. Other settlers soon followed, such as John Lush.

Although various crops flourished, and sheep were successful, from the very earliest years cattle were known to thrive at Inman Valley and so they predominated. By the 1880s this led to an extensive dairying industry, including butter and cheese production, with a butter factory being established in 1890.

The pavement was exposed during the Tertiary when the Inman River eroded the topography to its present-day surface. Rock View Cafe overlooks the glaciated bed of the river, with access onto the rock available via stairs and viewing platforms. Glacier Rock attracts geologists from all over the world.

All content from Kiddle encyclopedia articles (including the article images and facts) can be freely used under Attribution-ShareAlike license, unless stated otherwise. Cite this article:
Inman Valley, South Australia Facts for Kids. Kiddle Encyclopedia.