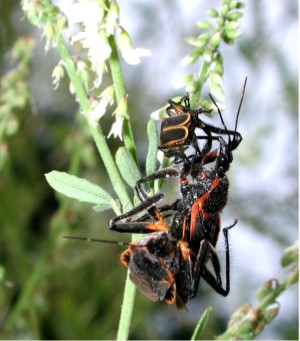 Sweet clover (Melilotus sp.), introduced and naturalized to the U.S. from Eurasia as a forage and cover crop, supports insect biodiversity

An example of an introduced species is a fish, the tilapia. It comes from warm freshwater areas of Africa, North and South America, India and Sri Lanka. It has been taken to other areas because it is good for fish farming, and it also is a good pet for an aquarium. When the fish is released into other parts of the world, it quickly takes over from the native fish. It can do this because it breeds quickly, eat all the available food, and eat the eggs and babies of native fish. This can cause the water to become muddy, and only the tilpia can keep living in these conditions. It has been listed as one of the 100 worst introduced species. A person owning or selling a tilapia in Australia could be fined up to AU$11,000.

The nature of introductions 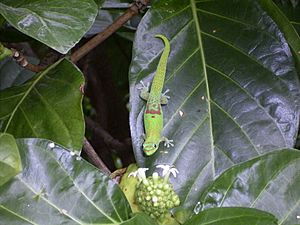 Several introductions have involved the transfer of European species to New World and Australasian countries by settlers; in some countries, Acclimatization Societies were set up, particularly in the late nineteenth century, to promote this process. In Alaska foxes were introduced to many islands to vereate new populations for the fur trade. There have also been numerous introductions of New World species to Old World countries, and between countries within single continents.

As well as deliberate introductions, species can be accidentally introduced. Pets and other domesticated animals can go feral or escape, establishing wild populations. Cats in particular have spread widely because of their percieved usefulness in controlling rats and the companionship provided as a pet. Escaped pets are also responsible for feral populations of parrots in cities in North America and Europe. Species can also be introduced accidentally, the spread of three species of rat (the Black, Norway and Polynesian) to most of the world as hitchhikers on ships was not deliberate but was facilitated by humans. 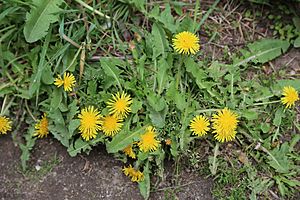 Many non-native plants have been introduced into new territories, initially as either ornamental plants or for erosion control, stock feed, or forestry. Whether or not an exotic will become invasive is seldom understood in the beginning, and many non-native ornamentals languish in the trade for years before suddenly naturalizing and becoming invasive.

Peaches, for example, originated in Persia, and have been carried to much of the populated world. Tomatoes are native to the Andes. Squash (pumpkins), maize, and tobacco are native to the Americas, but were introduced to the Old World. Many introduced species require continued human intervention to survive in the new environment. Others may become feral, but do not seriously compete with natives. They simply increase the biodiversity of the area.

All content from Kiddle encyclopedia articles (including the article images and facts) can be freely used under Attribution-ShareAlike license, unless stated otherwise. Cite this article:
Introduced species Facts for Kids. Kiddle Encyclopedia.