Jalisco is one of the states of the United Mexican States (Mexico). The capital of Jalisco is the city of Guadalajara. It is one of the most important states in Mexico because of its natural resources as well as its history. Many of the characteristic traits of Mexican culture, particularly outside Mexico City, are originally from Jalisco, such as mariachi, ranchera music, birria, tequila, jaripeo, etc.

Economically, it is ranked third in the country, with industries centered in the Guadalajara metropolitan area, the second largest metropolitan area in Mexico. The state is home to two significant indigenous populations, the Huichols and the Nahuas. There is also a significant foreign population, mostly retirees from the United States and Canada, living in the Lake Chapala and Puerto Vallarta areas.

The State of Jalisco is divided into 126 municipalities, each headed by a municipal president (mayor). As of 2016, the state population was 7,844,830. 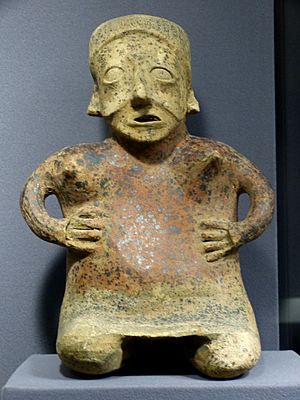 Nomadic peoples moving south arrived to the Jalisco area around 15,000 years ago. Some of oldest evidence of human occupation is found around Zacoalco and Chapala lakes, which used to be connected. This evidence includes human and animal bones and tools made of bone and stone. Other signs of human habitation include petroglyphs and cave paintings found in various area's. Agriculture began in the same region around 7,000 years ago, giving rise to the first permanent settlements in western Mexico. Over its history, the Jalisco area has been occupied by a variety of ethnicities.

With a total area of 78,599 square kilometers (30,347 sq mi), Jalisco is the seventh-largest state in Mexico, accounting for 4.1% of the country's territory. The state is in the central western coast of the country, with 342 kilometers (213 mi) of coastline on the Pacific Ocean to the west. Jalisco is made up of a diverse terrain that includes forests, beaches, plains, and lakes.

The Jalisco area contains all five of Mexico’s natural ecosystems: arid and semi arid scrub-lands, tropical evergreen forests, tropical deciduous and thorn forests, grasslands and mesquite grasslands and temperate forests with oaks, pines and firs. Over 52% of the bird species found in Mexico live in the state, with 525, 40% of Mexico's mammals with 173 and 18% of its reptile species. 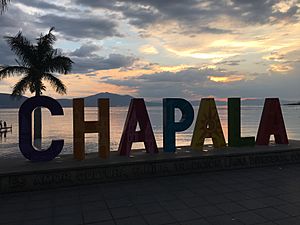 There are also 7,500 species of plants. One reason for its biodiversity is that it lies in the area between the temperate north and tropical south. It also lies at the northern edge of the Sierra Madre del Sur and is on the Trans-Mexican Volcanic Belt, which provides a wide variety of ecological conditions from tropical rain-forest conditions to semi arid areas to areas. Lake Chapala, lies within the boundaries of Jalisco, and is the largest and most important freshwater lake in Mexico accounting for about half of the country’s lake surface. 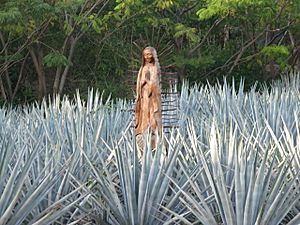 Tequila is a type of liquor which comes from a small region of Jalisco and which is made primarily from the blue agave plant. It is the most famous type of mezcal produced in Mexico, and the only mezcal which is produced industrially with strict standards. The tequila industry supports large scale cultivation of the blue agave, with about 200,000 people employed through it directly or indirectly. The plant was used in pre-Hispanic times to make a ceremonial drink.

The first person to have official permission to make and sell the liquor was José Antonio Cuervo in 1758. The drink’s popularity rose with the introduction of the railroad, facilitating its shipping. It comes in three styles, blanco (unaged), reposado (aged in oak barrels two months up to one year) and añejo which is aged in oak barrels for a minimum of one year and a maximum of three years. There is also extra anejo aged for a minimum of three years.

The tequila industry is very important to the state as the drink has international place-of-origin designation. The tequila producing area of Jalisco is a tourist attraction, with more than seventeen million visitors each year with an estimated value of over ten million pesos per year. 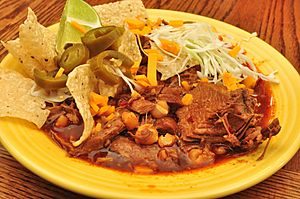 Classic dishes for the area include local versions of pozole, sopitos, menudo, guacamole, cuachala, birria, pollo a la valenciana and tortas ahogadas. Birria is a meat stew made with roasted chili peppers, spices and with either goat, mutton or beef. Tortas ahorgadas are pork sandwiches on French rolls which are covered in a tomato and chili pepper sauce. Common street foods include sopes, tacos, enchiladas and tapitíos. 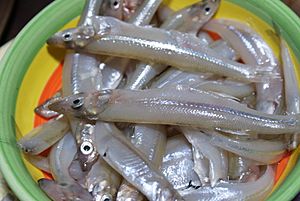 Lake Chapala area is known for a dish called charales and Guadalajara is known for tortas ahogadas. Sweets include alfajor, squash seeds with honey, coconut candies, buñuelos and fruits conserved in syrup. Drinks include tequila, aquamiel, pulque, tejuino and fruit drinks. Raicillia is a drink made along the coast. 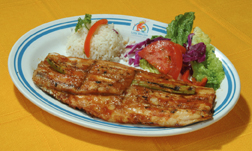 Along the coast, seafood is prominent. Some popular seafood preparations include shrimp breaded with coconut, and rollo del mar, which is a fish fillet stuffed with chopped shrimp and octopus, rolled and sometimes wrapped in bacon and covered in either a chili pepper or almond sauce. Puerto Vallarta has become a gourmet dining attraction as the site of the Mexican Gastronomy Fair held each November. It was a fishing village before a tourist destination and simple grilled fish dish called pescado zarandeado is still popular. 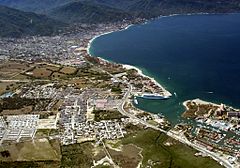 Along with the well-know resort of Puerto Vallarta, the Pacific coast of Jalisco has numerous smaller beach resorts such as Cuastecomates, La Manzanilla, Tenacatita, Boca de Iguanas, Playa Tecuán, and Barra de Navidad.

All content from Kiddle encyclopedia articles (including the article images and facts) can be freely used under Attribution-ShareAlike license, unless stated otherwise. Cite this article:
Jalisco Facts for Kids. Kiddle Encyclopedia.