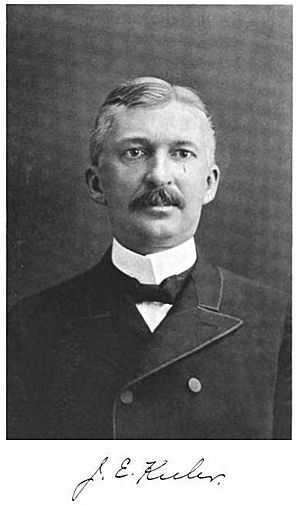 He worked at Lick Observatory beginning in 1888 but was appointed director of the University of Pittsburgh's Allegheny Observatory in 1891. He returned to Lick Observatory as its director in 1898, but died not long after in 1900. He had married in 1891 and left a widow and two children.

He discovered two asteroids, although the second was lost and only recovered about 100 years later.

All content from Kiddle encyclopedia articles (including the article images and facts) can be freely used under Attribution-ShareAlike license, unless stated otherwise. Cite this article:
James Edward Keeler Facts for Kids. Kiddle Encyclopedia.