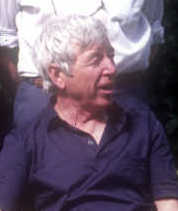 Joseph Brown, usually Joe Brown, CBE (26 September 1930 – 15 April 2020) was an English climber. He was born in Ardwick, Manchester, Lancashire, England. Brown's mountaineering achievements in the Alps and Himalayas have often been little known. In 1956 he made the first ascent of the west summit of the Muztagh Tower in the Karakoram with Ian McNaught-Davis. He was a Member of the Order of the British Empire (MBE), Brown was appointed Commander of the Order of the British Empire (CBE) in the 2011 New Year Honours for services.

All content from Kiddle encyclopedia articles (including the article images and facts) can be freely used under Attribution-ShareAlike license, unless stated otherwise. Cite this article:
Joe Brown (climber) Facts for Kids. Kiddle Encyclopedia.