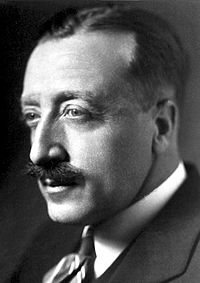 John Howard Northrop (July 5, 1891 – May 27, 1987) was an American biochemist. He shared the 1946 Nobel Prize in Chemistry with James Batcheller Sumner and Wendell Meredith Stanley.

Northrop was elected a Fellow of the American Academy of Arts and Sciences in 1949. He was employed by the Rockefeller Institute for Medical Research in New York City from 1916 until his retirement in 1961. In 1949 he was appointed Professor of Bacteriology and later, Professor of Biophysics at the University of California, Berkeley .

All content from Kiddle encyclopedia articles (including the article images and facts) can be freely used under Attribution-ShareAlike license, unless stated otherwise. Cite this article:
John Howard Northrop Facts for Kids. Kiddle Encyclopedia.