Born in Sant Sadurní d'Anoia (San Saturnino) in Catalonia, Spain, Yorba was one of Fages' original Catalan volunteers. In 1762, during the Seven Years' War, Yorba took part in the Spanish invasion of Portugal. He became a corporal under Gaspar de Portolà during the Spanish expedition of 1769. He was in San Francisco in 1777; Monterey in 1782; and in San Diego in 1789. In 1797 he was retired as inválido sergeant; and in 1810 was grantee of Rancho Santiago de Santa Ana. 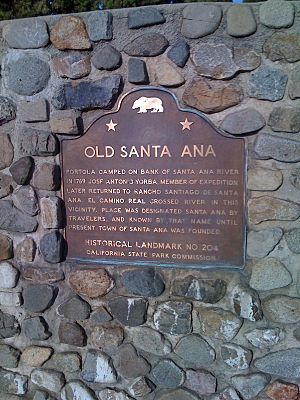 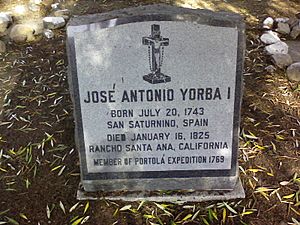 Upon his death in 1825 he was buried at his request in an unmarked grave in the cemetery at Mission San Juan Capistrano. A cenotaph was later placed in Yorba's honor.

He married his first wife Maria Garcia Feliz in 1773. After her death, he married Maria Josefa Grijalva, daughter of Juan Pablo Grijalva, in 1782.

Throughout the American and Mormon migration period, descendants of the Yorbas continued to marry into other prominent Spanish families, including the Cota, Grijalvas, Perralta, and Dominguez families. Many of today's recognizable American names in the Southern California area, including the Kraemers and Irvines, also married into these Spanish families. In the early twentieth century, Samuel Kraemer, who had married the last of the "grand" Yorbas, Angelina Yorba, tore down the historic Yorba Hacienda after the city of Yorba Linda refused to accept it as a donation.

The legacy of the Yorba Family can be appreciated at the historic Yorba Cemetery, established in 1858, and currently surrounded by Woodgate Park.

All content from Kiddle encyclopedia articles (including the article images and facts) can be freely used under Attribution-ShareAlike license, unless stated otherwise. Cite this article:
José Antonio Yorba Facts for Kids. Kiddle Encyclopedia.