José Carreras (born 5 December 1946), a tenor who is particularly known for his performances in the operas of Verdi and Puccini.

Born in Barcelona, he made his debut on the operatic stage at 11 and went on to a career that encompassed over 60 roles, performed in the world's leading opera houses and in numerous recordings. He gained fame with a wider audience as one of the Three Tenors along with Plácido Domingo and Luciano Pavarotti in a series of mass concerts that began in 1990 and continued until 2003.

Carreras is also known for his humanitarian work as the president of the José Carreras International Leukaemia Foundation (La Fundació Internacional Josep Carreras per a la Lluita contra la Leucèmia), which he established following his own recovery from the disease in 1988.

Carreras was born in Sants, a working class district in Barcelona. In 1951, his family emigrated to Argentina in an unsuccessful search for a better life. However, within a year they had returned to Sants where Carreras was to spend the rest of his childhood and teenage years. 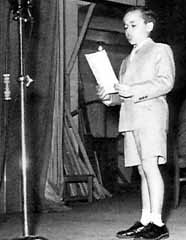 He showed an early talent for music and particularly singing, which intensified at the age of 6 when he saw Mario Lanza in The Great Caruso. At that point, his parents, with the encouragement of his grandfather Salvador Coll, an amateur baritone, found the money for music lessons for him. At first he studied piano and voice, and at the age of 8 he also started taking music lessons at Barcelona's Municipal Conservatory.

At the age of 8, he also gave his first public performance. In 1958, at the age of 11, he made his debut in Barcelona's great opera house, the Gran Teatre del Liceu. A few months later, he sang for the last time as a boy soprano at the Liceu in the second act of La Bohème.

Throughout his teenage years, he continued to study music, moving on to the Conservatori Superior de Música del Liceu and taking private voice lessons. Following the advice of his father and brother, who felt that he needed a 'backup' career, he also entered the University of Barcelona to study chemistry, but after two years he left the university to concentrate on singing.

Carreras has received numerous awards and distinctions for both his artistic and humanitarian work. These include:

On 23 February 2004, the Austrian Post Office issued a 1€ stamp to commemorate the 30th anniversary of his debut at the Vienna Staatsoper. In Spain the central plaza in Sant Joan d'Alacant bears his name, as do two theatres – the Auditori Josep Carreras in Vila-seca (near Tarragona) and The Teatro Josep Carreras in Fuenlabrada.

All content from Kiddle encyclopedia articles (including the article images and facts) can be freely used under Attribution-ShareAlike license, unless stated otherwise. Cite this article:
José Carreras Facts for Kids. Kiddle Encyclopedia.