Karpal Singh s/o Ram Singh (28 June 1940 – 17 April 2014) was a Malaysian politician and lawyer. He was Member of Parliament (MP) for the constituency of Bukit Gelugor in the state of Penang from 2004 to 2014. During that time, he was also the National Chairman of the Democratic Action Party (DAP).

Born in Penang to Sikh Punjabi Indian immigrant parents, Karpal studied law at the National University of Singapore. He was one of Malaysia's most prominent lawyers and took a number of high-profile cases. Karpal was an opponent of the death penalty, especially for drug trafficking.

In the courtroom and Parliament, he was a controversial figure. His reputation as a lawyer and opposition politician gave him the nickname "the Tiger of Jelutong".

Karpal's political career began in 1970 (when he joined the DAP), and he won a seat in the Kedah State Legislative Assembly in 1974. He was elected to Parliament in 1978 as representative for Jelutong, Penang, and held the seat for more than 20 years until he lost it in 1999. Karpal returned to Parliament in the next general election, and led the DAP to its strongest-ever performance in the 2008 general election.

On 28 January 2005, Karpal was involved in an accident which left him in a wheelchair. A car struck a taxi in which he was seated from behind, severely bruising his thoracic vertebrae. The accident left Karpal with sensory impairment and reduced motor strength, and he was unable to walk or raise his right arm more than a few centimeters. His seat in the parliamentary chamber was moved to the back row to accommodate his wheelchair. 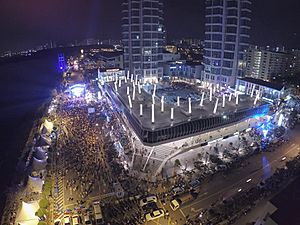 In the early hours of 17 April 2014, Karpal died in a car crash near Gua Tempurung, Perak. His personal assistant, Michael Cornelius, was also killed in the accident. Karpal's Toyota Alphard collided with the right side of a slow-moving, five-tonne Mitsubishi Canter lorry carrying cement, steel, and tiles. According to the traffic-police chief, road conditions and the weather were good at the time of the accident.

Karpal's funeral was held on 20 April 2014 with full state honors in Penang, attended by his Family, Prime Minister Najib Razak and other mourners. His body reached the Batu Gantong Crematorium, George Town, Penang at 1:35 pm and was cremated after thousands of mourners chanted his name. His son, Gobind, memorialised him on 5 May during the last of a series of tributes.

On April 19, 2014, two days after his death, the IJM Promenade in Lebuh Sungai Pinang was renamed Karpal Singh Drive (Persiaran Karpal Singh). Karpal received the Glory of India Award of Excellence in 2011, and was one of the top 10 NRI Newsmakers of 2008.

All content from Kiddle encyclopedia articles (including the article images and facts) can be freely used under Attribution-ShareAlike license, unless stated otherwise. Cite this article:
Karpal Singh Facts for Kids. Kiddle Encyclopedia.