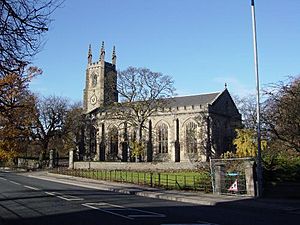 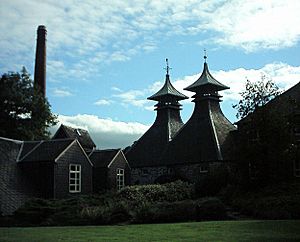 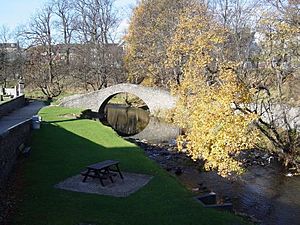 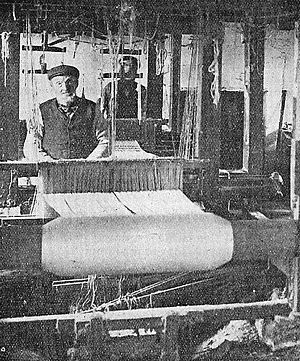 Keith (Scottish Gaelic: Baile Chèith, or Cèith Mhaol Rubha (archaic)) is a small town in the Moray council area in north east Scotland. It has a population of 4,734.

Until 1975 it was in Banffshire, a name which persists in common usage and historical references. Keith has three distinct sections: Old Town, where the original settlement was first established; Keith which is the main commercial centre and Fife Keith which was originally a separate town built in competition by the Earl of Fife but which, having proved less economically successful, was eventually joined to form one homogeneous settlement separated now only by the river.

The oldest part of Keith dates to around 1180 The main part of the town is on higher ground above the river, laid out around 1750 by the Earl of Findlater. It is located at the crossing of the A95 and A96 roads. Local services include a health centre, dentist, optician and multiple hairdressing salons. The town has three schools: Keith Grammar School, Keith Primary School and St Thomas RC Primary School.

The annual Keith Country Show, held at Seafield Park, is an event in the farming calendar of north-east Scotland.

Newmill is a small hamlet approximately 1 mile north of Keith. Dating from the early 18th century, the settlement was built to home the workers from the nearby meal mill built by Bishop Crystall, on the banks of the river Isla. It now has a Pub and popular Chinese restaurant and take-away, as well as Newmill Primary School.

The name appears to come from Brythonic coed meaning "wood", but it may also be related to the Pictish territorial division in this area, which was known as Cé. Another local tradition is that it derives from the Gaelic gaoth, meaning "wind", since locals attest to how fiercely the winter winds blow.

The Chronicles of Keith, compiled in the 19th century, provide an unusually comprehensive view of the area's history. According to them Keith was originally known as "Kethmalruff", a dedication to Saint Maol Rubha (d. 722), also Latinised as "St Rufus". This dedication to an early medieval saint may imply a Dark Age origin for the first church at Keith (still marked by an ancient graveyard, though the parish church was rebuilt on another site in Victorian times), though no archaeological evidence for this has been identified.

During the Jacobite rising of 1745, the Jacobite army won a skirmish at Keith on 21 March 1746. A Jacobite party under Major Nicholas Glasgow and Captain Robert Stewart surprised and defeated a Government force, killing over 20 of them. This victory at Keith is an interesting reminder that the Jacobites were continuing to take the initiative in many parts of northern Scotland right up until the disaster at Culloden.

The town is home of psych/folk/country band, The Carousels, whose track 'Marianne' was used on an advertising campaign for Irn-Bru.

The first Keith Golf Club (now defunct) was founded in 1901. WW2 saw the demise of the club and the course reverted to farmland.

The town is at the start of Scotland's Malt Whisky Trail, and has three distilleries: Strathmill, Glenkeith and Strathisla distillery, one of the oldest in the Highlands and since 1950 headquarters of Chivas Brothers, producers of Chivas Regal. Within the town’s immediate environs there may also be found Auchroisk, Aultmore and Glentauchers. The Keith and Dufftown Railway is an 11-mile heritage railway running to Dufftown.

The Keith Heritage Group have published a number of maps that lead visitors on walking tours through the town and surrounding countryside.

Two annual events attract tourists to Keith. The first of these, the TMSA Keith Festival, falls on the second weekend of June and celebrates the traditional (and not so traditional) music of the area, providing entertainment in the form of concerts, ceilidhs, competitions and sessions. On the second weekend of August the town hosts the Keith Country Show. The show was founded in 1872 and every year promises days of prize-winning livestock and family fun.

The Seabury Chair, the chair on which Robert Kilgour, Bishop of Aberdeen and Primus of Scotland sat when he consecrated Samuel Seabury, the first Episcopal bishop in the Americas, is preserved in Holy Trinity Episcopal Church.

All content from Kiddle encyclopedia articles (including the article images and facts) can be freely used under Attribution-ShareAlike license, unless stated otherwise. Cite this article:
Keith, Moray Facts for Kids. Kiddle Encyclopedia.