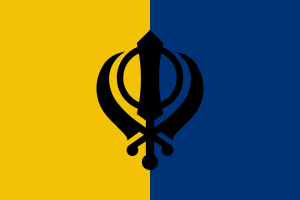 The Khalistan movement is a political Sikh nationalist movement that wants to create an independent state for Sikh people, inside the current North-Western Republic of India. Such a state existed in Punjab from 1709 to 1849. It was called the Sikh Empire. 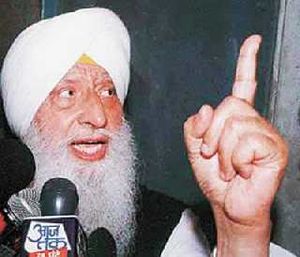 Dr. Jagjit Singh Chohan was the founder of the Khalistan movement that sought to create an independent Sikh state

The movement was most popular in the 1970s and 1980s. Today, it is seen on a smaller scale. There are claims that the movement supports young people financially, if they join militant groups fighting to get a Sikh homeland. Most of this funding comes from Sikh supporters outside the current state of India.

On April 12, 1980, Jagjit Singh Chauhan, a prominent supporter of the movement, met with Indira Gandhi. After the meeting, he declared that he had formed the National Council Of Khalistan, at Anandpur Sahib. He said he was the President of this movement, and Balbir Singh Sandhu was its Secretary General. In May 1980, Chauhan travelled to London and announced the formation of Khalistan. A similar announcement was made by Sandhu, in Amritsar. Sandhu also released stamps and currency of Khalistan. 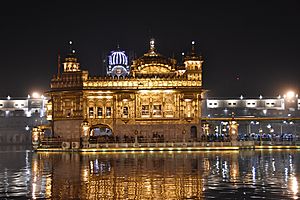 The Harmandir Sahib/ Golden Temple. The temple houses the Granth Sahib, the holiest book of the Sikhs and is spiritually the most significant shrine in Sikhism

In the 1980s, some supporters of the movement responded to oppression with violence. The Indian Army reciprocated the violence. In one such incident, the Indian Army forced their way into the Harmandir Sahib, also known as the Golden Temple. The Indian Government was criticised for how they handled the operation, which resulted in deaths to both parties, and damage to the Temple.

Many Sikhs say that the Indian Government desecrated the holiest Sikh shrine. Indian Prime Minister Indira Gandhi was assassinated by her two Sikh bodyguards, and many thousands of Sikhs were massacred in the following riots. In January 1986, the Golden Temple was occupied by militants of the All India Sikh Students Federation and Damdami Taksal. 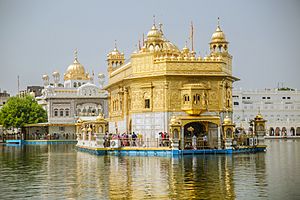 On 26 January 1986, the gathering passed a resolution favouring the creation of Khalistan. The people in favor of Khalistan said it should become a Sikh-majority state.

The Constitution of India says it is forbidden to make new states which are independent of India. Different groups in favor of Khalistan fought an insurgency against the government of India. Indian security forces suppressed this insurgency in the early 1990s. Since then, little has been done inside Punjab to get a Sikh state, but certain organisations in favor of Khalistan, such as Dal Khalsa (International) are still active outside India.

All content from Kiddle encyclopedia articles (including the article images and facts) can be freely used under Attribution-ShareAlike license, unless stated otherwise. Cite this article:
Khalistan movement Facts for Kids. Kiddle Encyclopedia.