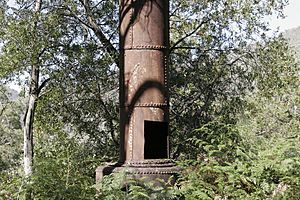 A kiln, originally pronounced "kill", with the "n" silent, is a thermally insulated chamber, a type of oven, that produces temperatures sufficient to complete some process, such as hardening, drying, or chemical changes.

Kilns have been used for millennia to turn objects made from clay into pottery, tiles and bricks. Various industries use rotary kilns for pyroprocessing—to calcinate ores, to calcinate limestone to lime for cement, and to transform many other materials.

Pit fired pottery was produced for thousands of years before the earliest known kiln, which dates to around 6000 BC, and was found at the Yarim Tepe site in modern Iraq. Neolithic kilns were able to produce temperatures greater than 900 °C (1652 °F). 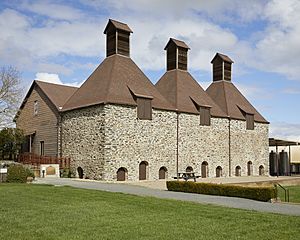 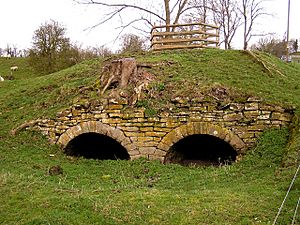 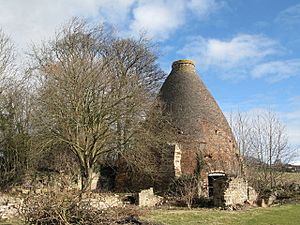 All content from Kiddle encyclopedia articles (including the article images and facts) can be freely used under Attribution-ShareAlike license, unless stated otherwise. Cite this article:
Kiln Facts for Kids. Kiddle Encyclopedia.