Kids Encyclopedia Facts
Not to be confused with Kingswood, Stroud District.

Kingswood is a suburban town in South Gloucestershire, England, on the eastern border of the City of Bristol.

In Saxon and Norman times, Kingswood Forest was a royal hunting estate which surrounded Bristol, extending as far as Filwood in South Bristol. "From early days the Constable of Bristol Castle, the king's officer in the area, was also the Chief Ranger of the Kingswood Forest and the first of these recorded is Ella who died in 920. At the edge of the forest, to the north of the River Froom, lay the little hamlet of Stapleton, the name of which is Saxon in origin, being held to mean 'The farm, homestead or croft – by or near the Stapol, post or pillar'".

The Kingswood area first came into industrial prominence in the late 17th century, because of coal mining. Typical of these were coal fields in the Easton and Coalpit Heath/Yate areas. The coal mining history still affects the town with gardens occasionally opening up. The local MP has petitioned in Parliament for full surveys of the coal mines under the town. 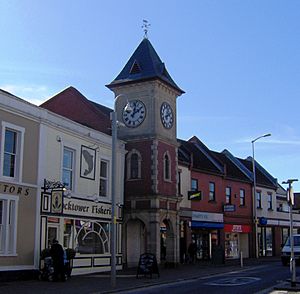 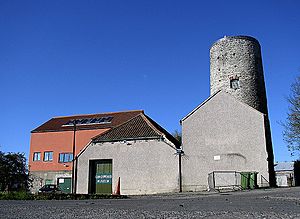 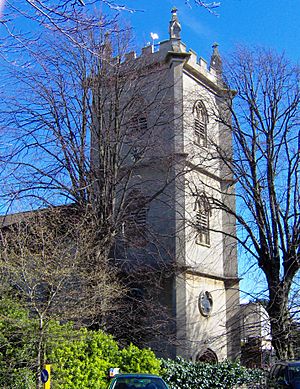 All content from Kiddle encyclopedia articles (including the article images and facts) can be freely used under Attribution-ShareAlike license, unless stated otherwise. Cite this article:
Kingswood, South Gloucestershire Facts for Kids. Kiddle Encyclopedia.