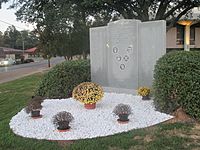 LaSalle Parish (French: Paroisse de La Salle) is a parish located in the U.S. state of Louisiana. As of the 2020 United States Census, the population was 14,791. The parish seat is Jena. The parish was created in 1910 from the western section of Catahoula Parish and named for René-Robert Cavelier, Sieur de La Salle. 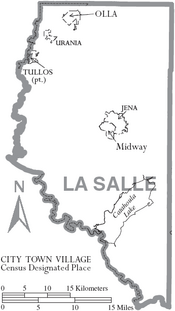 All content from Kiddle encyclopedia articles (including the article images and facts) can be freely used under Attribution-ShareAlike license, unless stated otherwise. Cite this article:
LaSalle Parish, Louisiana Facts for Kids. Kiddle Encyclopedia.