Lake County is a county located in the U.S. state of Tennessee. As of the 2010 census, the population was 7,832, making it the fifth-least populous county in Tennessee. Its county seat is Tiptonville. It is the state's northwesternmost county, sharing a border with Kentucky and separated from Missouri to the west by the Mississippi River. Reelfoot Lake occupies much of the northern part of the county.

The history of Lake County has been largely defined by Reelfoot Lake, a natural lake created by the New Madrid earthquakes of 1811 and 1812. It is surrounded by wetlands. This territory was originally included in Obion County.

In 1862, during the Civil War, the Battle of Island Number Ten took place in the Mississippi River, just off the shores of Obion County, in territory now part of Lake County.

The county was organized in 1870, during the Reconstruction era. its residents had long complained about the difficulty of having to traverse swampy areas around Reelfoot Lake to reach the county seat, then Troy, Tennessee. After the new Lake County was established, Tiptonville was designated as the seat of government.

In 1907, a violent conflict took place in Lake and Obion counties when a private company, the West Tennessee Land Company, gained control of Reelfoot Lake and announced plans to drain it. A band of local renegades, known as the "Night Riders of Reelfoot Lake," harassed the company's employees, eventually kidnapping and killing one. Governor Malcolm Patterson personally led the Tennessee National Guard into the area, and arrested hundreds of suspected Night Riders.

The state gained title to Reelfoot Lake in 1914. To prevent private development from restricting its use, Governor Austin Peay designated the lake as a hunting and fishing reserve in 1925. This was the precedent for the larger area to be preserved as the modern Reelfoot Lake State Park.

From 1950 to 1990 the population declined noticeably, as many African Americans moved to cities or to the West Coast in the Great Migration of the second half of the 20th century. 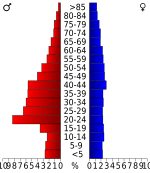 All content from Kiddle encyclopedia articles (including the article images and facts) can be freely used under Attribution-ShareAlike license, unless stated otherwise. Cite this article:
Lake County, Tennessee Facts for Kids. Kiddle Encyclopedia.