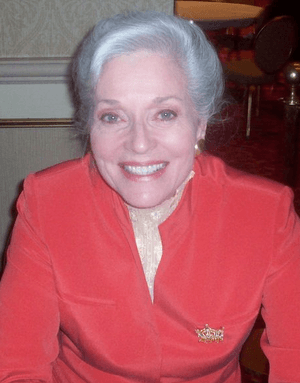 Lee Ann Meriwether (born May 27, 1935, Los Angeles) is an actress and former Miss America and has acted in many television series. Before acting, she was crowned Miss America 1955. She is best known for playing Catwoman in the 1966 movie version of Batman, Betty Jones in the 1970s crime drama Barnaby Jones and Ruth Martin on the ABC soap opera All My Children.

All content from Kiddle encyclopedia articles (including the article images and facts) can be freely used under Attribution-ShareAlike license, unless stated otherwise. Cite this article:
Lee Meriwether Facts for Kids. Kiddle Encyclopedia.