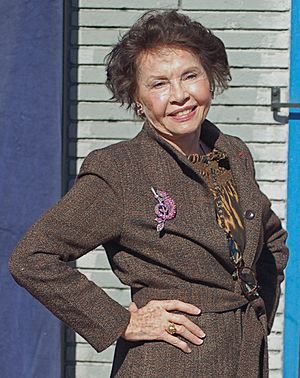 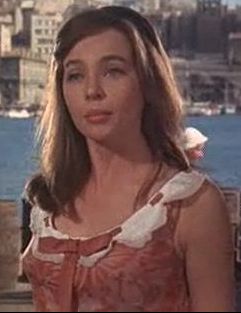 Leslie Caron (born 1 July 1931) is a French-American dancer and actress.

Caron was born in Boulogne-Billancourt, France to a French father and an American mother. She began taking ballet lessons at age 10 and joined Roland Petit's Ballet des Champs-Elysée in 1947 and quickly became one of the lead dancers of the company.

Noticed by Gene Kelly, she went to Hollywood to appear with him in the film An American in Paris (1951), which introduced her to the American public. She went on to appear in other musical films such as Lili (1953), for which she won a BAFTA Award for best actress, The Glass Slipper (1955), Daddy Long Legs (1955), opposite Fred Astaire, Gaby (1956) and Gigi (1958), to considerable acclaim.

In the 1960s, she turned to more dramatic roles in Fanny (1961), The L-Shaped Room (1962), which earned her a Golden Globe Award and a second BAFTA for best actress. She returned to romantic-comedy with Father Goose (1964), opposite Cary Grant. She also appeared in the war-thriller Is Paris Burning (1966).

In 2008, Caron claimed her American citizenship because her mother was born in the United States. She became a citizen in time to vote for Barack Obama for President.

All content from Kiddle encyclopedia articles (including the article images and facts) can be freely used under Attribution-ShareAlike license, unless stated otherwise. Cite this article:
Leslie Caron Facts for Kids. Kiddle Encyclopedia.