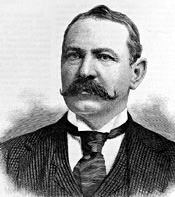 Levi Maish was born in Conewago Township, York County, Pennsylvania. He attended the common schools and the York County Academy. He taught school in Manchester Township and in York.

During the American Civil War, Maish recruited a company for the Union Army in 1862, and because of this joined the 130th Pennsylvania Volunteer Infantry as a Captain. He was promoted to lieutenant colonel because of his education. In less than two months he was involved in the battle of Antietam, wounded severely in the upper chest and lung, leading an advance across the cornfield in front of the initially strong defensive position of the sunken road. During his convalescence, he was promoted to colonel. After the Battle of Fredericksburg. He was mustered out with his regiment at the expiration of its term of service on May 21, 1863.

Maish attended lectures in the law department of the University of Pennsylvania at Philadelphia, and was admitted to the bar in 1864. He served as a member of the Pennsylvania State House of Representatives in 1867 and 1868. He was appointed by the legislature in 1872 as one of a commission to reexamine and reaudit the accounts of certain public officers of York County, Pennsylvania.

All content from Kiddle encyclopedia articles (including the article images and facts) can be freely used under Attribution-ShareAlike license, unless stated otherwise. Cite this article:
Levi Maish Facts for Kids. Kiddle Encyclopedia.