Lewes Free Presbyterian Church, based in the Jireh Chapel, is one of seven Free Presbyterian Church of Ulster places of worship in England. The Jireh Chapel is a former Calvinistic Independent chapel in the Cliffe area of Lewes, the county town of East Sussex and the main town in the local government district of Lewes. It is more than 200 years old and has been designated a Grade I Listed building.

The ancient market town of Lewes has a well-established history of Protestant Nonconformism. Many chapels were established in the 18th and 19th centuries in the town itself and in its suburbs of Southover and Cliffe. One such place of worship was the Jireh chapel. In or around 1805 a dispute arose between Jenkin Jenkins, the minister at Cliffe's Countess of Huntingdon's Connexion chapel, and its congregation. He was dismissed by the Countess's Trustees and arranged for a new chapel to be built for him nearby. (The Countess of Huntingdon chapel, which opened in 1775, survived until the 1880s but has been demolished.) Jireh Chapel was placed in the hands of trustees about 1807. Prior to that time it had been the personal property of Jenkin Jenkins. The Trust Deed states that the Chapel is a place of Christian worship to be "frequented and enjoyed by a congregation of Protestant Dissenters of the Calvinistic persuasion professing ..". A list of certain Articles of Faith, extracted from the Thirty-Nine Articles of the Church of England, follows. The Article on Infant baptism (Article 27) is included in the Trust Deed of the Chapel. 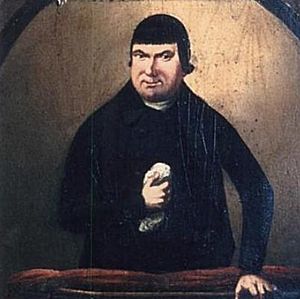 A painting of William Huntington S.S. that hung in the chapel 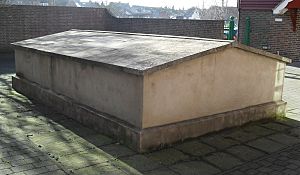 Huntington's grave at the chapel

Jenkins enlisted William Huntington to open the church, which was completed in 1805. Huntington, originally from Cranbrook in Kent, was an orthodox but controversial Calvinist preacher who ministered at Providence Chapel, Grays Inn Lane, London. Known by various pseudonyms, he became very popular in southeast England in the early 19th century, and helped to found several Calvinist chapels. An example of his eccentricity was his reference to Jenkins as "W.A." (the "Welsh Ambassador") and himself as "S.S." ("Sinner Saved"); the "W.A." epithet featured on a tablet below the chapel's gabled roof which commemorated its opening. It reads Jireh chapel erected by J. Jenkins W.A. with the voluntary Contributions of the Citizens of Zion; Anno Domini MDCCCV. Huntington died in 1813 and was buried in a tomb in the small graveyard behind the chapel.

The chapel proved popular, and was extended in 1826 to give a capacity of about 1,000. The interior was almost entirely wooden, with box-pews and galleries. A Sunday school was built in the grounds in 1874; it was linked to the chapel's north wall by a columned porch surmounted by a pediment. The chapel's use declined in the 20th century, and the Loyal Orange Institution of England, Southdowns Lodge used it for their annual commemorative service on the Sunday prior to November 5. Many members of the various Bonfire Societies attended this annual "Bonfire" service. The Free Presbyterian Church of Ulster acquired the chapel in April 1998 and have used it as a place of worship since then. The denomination was founded by Ian Paisley on 17 March 1951 in Crossgar, a village in County Down, Northern Ireland. It quickly became established across Northern Ireland, where dozens of churches were founded, and some congregations developed in the rest of Great Britain as well. Scotland and Wales each have several, and in 2021 there are seven in England including at Lewes. 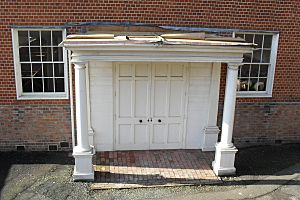 Although externally clad in red brick and tiles, the chapel is completely timber-framed. The entrance is at the east end and is framed by a porch with columns of the Tuscan order, described by Nikolaus Pevsner as "over-broad". Above this, three evenly spaced sash windows, an oculus and the stone tablet sit below the gable. A chimney breast extends up the west wall. The roof is covered with slate tiles and has a small boxlike louvred projection, topped with a pyramid-style cap, in the middle. There are four pairs of sash windows in the north and south walls, which are faced with mathematical tiles and slates respectively.

Inside, wood predominates: the barrel-vaulted timber roof is supported on wooden columns attached to the gallery which runs around all four sides of the interior. The galleries are in turn held up with five timber columns on the north and south sides. Wooden staircases leading to the galleries are situated in all four corners. An octagonal pulpit stands at the west end. Original pine box-pews remain in the galleries and the main body of the chapel.

Lewes Free Presbyterian Church is one of seven such churches established in England: there are others in Bridlington in North Yorkshire, Bristol, Liverpool, London, Oulton Broad in Suffolk and Tavistock in Devon. Two Sunday services and a Monday meeting take place each week.

The church was designated a Grade I Listed building on 25 February 1952.

Under the name Jireh Chapel, the church was licensed for worship in accordance with the Places of Worship Registration Act 1855 with the registration number 15521.

All content from Kiddle encyclopedia articles (including the article images and facts) can be freely used under Attribution-ShareAlike license, unless stated otherwise. Cite this article:
Lewes Free Presbyterian Church Facts for Kids. Kiddle Encyclopedia.