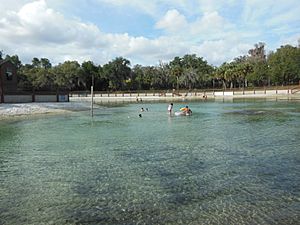 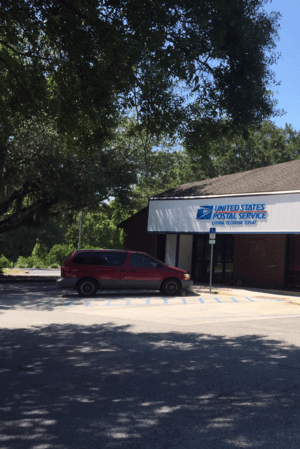 Lithia is a small unincorporated community and home to Lithia Springs Regional Park, Alderman's Ford Park and the C.W. Bill Young Reservoir. The elevation ranges from less than 8 feet at Lithia Springs to 105 feet south of the post office.

The community has a rich history in agriculture, saw mills, and phosphate mining. In the late 1990s, Newland Communities purchased 3,000 acres (12 km2) to develop Fishhawk Ranch, Fishhawk Trails was developed by another company, more public works and retail stores are currently in the development. The international headquarters of The Mosaic Company's phosphate division is located in Lithia.

Prior to the advent of white settlers in 1846, Lithia had been variously inhabited by Native American tribes, such as the Tocobaga, Muskogan (Creek), Tomokan, Caloosa and later the Seminole, some of whom were mentioned by the Spanish in the 1600s. Settlers from Georgia arrived in 1847. In 1848, James Alderman created a ford on the Alafia River at the site of present-day Alderman's Ford Park. By the time of the civil war, Alderman's cattle ranching operation ran to around 30,000 head of cattle. Around 1900, Lithium was discovered in the waters of a spring (now known as Lithia Spring Major), which resulted in the naming of the community to Lithia. Lithia is the closest community to the coordinates listed as the launch site by Jules Verne in his 1865 novel From the Earth to the Moon.

Lithia is headquarters for The Mosaic Company's international phosphate division. While most of the community consists of commuters to jobs at MacDill Air Force Base and elsewhere, there is still a large agricultural component with strawberry growers, citrus, tropical fish, blueberries and other crops. Lithia has also become a shooting destination, with one public and several private shooting ranges, as well as a sporting clays range.

All content from Kiddle encyclopedia articles (including the article images and facts) can be freely used under Attribution-ShareAlike license, unless stated otherwise. Cite this article:
Lithia, Florida Facts for Kids. Kiddle Encyclopedia.