Magnolia is a city in Pike County, Mississippi. The population was 2,420 at the 2010 census. It is the county seat of Pike County, which lies within the McComb, Mississippi Micropolitan Statistical Area.

Magnolia was founded in 1856 by Ansel H. Prewett, a local civic leader and cotton planter. Knowing that the approaching New Orleans, Jackson, and Great Northern Railroad (now the Illinois Central Railroad) would need a station for water and fuel, Prewett sold a right-of-way to the railroad company – for one dollar, according to legend – and divided a section of his plantation into town lots, which he sold to investors. Prewett, while serving as temporary sheriff of Pike County, was killed by outlaws in the early 1870s escorting a prisoner on the very railroad that made Magnolia a viable community.

Magnolia grew rapidly in the 1860s, and in the late nineteenth century Magnolia served as a popular small-town resort for wealthy New Orleanians, who took trains north from New Orleans to enjoy Magnolia's fresh air and sparkling creeks. At one time early Magnolia boasted an opera house, skating rink, and several hotels that catered largely to these tourists.

In 1860 Magnolia's first newspaper, the "Grand Trunk Magnolian", was established by John Waddill. It did not last the war and was succeeded by the establishment of the "Magnolia Gazette" by J.D. Burke in 1872. The "Magnolia Herald" was established by Luke W. Conerly in 1875 and he continued as its proprietor and editor until 1878. 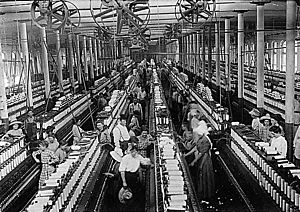 The City of Magnolia is served by the South Pike School District. The town has one public library. The nearest hospital is Beacham Memorial Hospital.

The climate in this area is characterized by hot, humid summers and generally mild to cool winters. According to the Köppen Climate Classification system, Magnolia has a humid subtropical climate, abbreviated "Cfa" on climate maps.

All content from Kiddle encyclopedia articles (including the article images and facts) can be freely used under Attribution-ShareAlike license, unless stated otherwise. Cite this article:
Magnolia, Mississippi Facts for Kids. Kiddle Encyclopedia.